From fashion to culture, celebrities are influential in many ways and when they talk about vegan food, people listen.

This was the case when Lizzo—who has been vegan since 2020—visited FoodChasers Kitchen in Philadelphia recently. Owned by twin sisters Kala and Maya Johnstone, the restaurant is known for its meat and dairy-heavy menu where eggy French toast, seafood-topped grits, and cheesesteaks are the highlight.

However, when they received a call about Lizzo’s planned visit, the Johnstones took on the challenge of making a vegan meal for the star and her guests. Typically closed on Wednesdays, the owners opened the restaurant for Lizzo and tasked chef Naren Gosine with creating a craveable vegan menu. 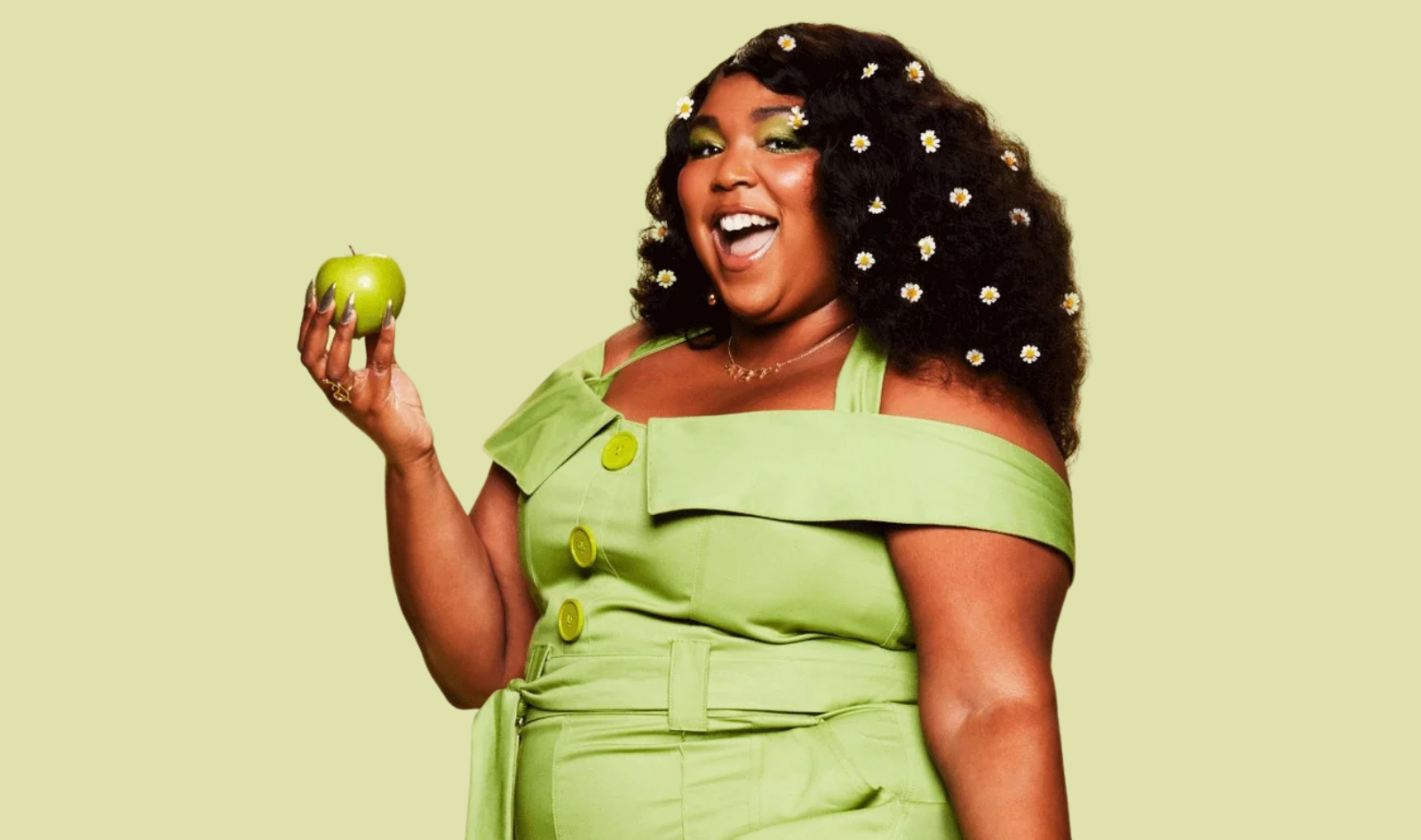 So what did Chef Gosine come up with? According to local outlet The Philadelphia Inquirer, the five-item, mushroom-focused menu featured vegan versions of FoodChaser classics such as plant-based cheesy grits topped with seasoned mushrooms; tacos stuffed with fried mushrooms, avocado, and pico de gallo; a meatball grinder made with portobello mushrooms and smothered in vegan cheese; a cheesesteak sandwich with mushrooms; and mushroom ravioli in vegan butter sauce.

Lizzo enjoyed these items at FoodChasers while playing Uno with her guests. Importantly, though, this visit was not just a fun time for the star but has appended FoodChasers approach to food. That’s because on October 13 and 14, the eatery will serve some of the vegan dishes it crafted for the star in addition to its regular menu.

Musical artist DJ Khaled is also flipping the script about vegan milk. On the debut episode of the GQ Hype Debate Show—created to pit high-profile guests against each other to debate highly disputed topics—DJ Khaled and fellow musical artist Rick Ross sat down to chat about snacks.

“But the key is almond milk. That’s the key,” DJ Khaled said, adding that he prefers his cereal soggy as a “refreshing” late night snack.

“Rozay still frightened,” Ross said about almond milk, referring to his nickname in third person. “I just got up on the two percent milk a couple weeks ago.” DJ Khaled took this opportunity to defend the plant-based milk, saying, “No, no, no. Get the almond milk.”

“Now y’all trying to conspiracy … and it’s the question: ‘Is it from the almond of [stet] the walnut? Is they squeezing it out of the peanut?’” Ross responded jokingly. DJ Khaled played along and said, “I don’t have that answer and I usually have every answer.”

During the “closing statement” portion of the debate, DJ Khaled treated Ross to a serving of Cinnamon Toast Crunch in a glass full of almond milk. Despite Ross’s initial hesitation, the musical artist devoured the sweet snack. “Now pour us two glasses of almond milk,” Ross said at the end of the show, “freshly strained.” 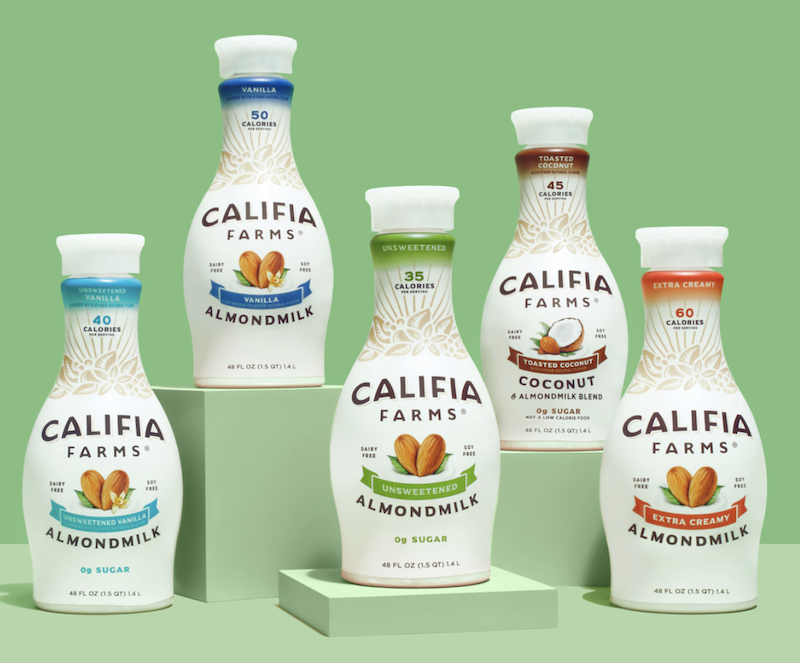 While the Califia Farms almond milk that DJ Khaled touted on the show is vegan, the Cinnamon Toast Crunch cereal is not. That’s because it is fortified with Vitamin D3, which is typically derived from lanolin (a wool industry byproduct).

While DJ Khaled shifted Ross’s perception about vegan milk, Lizzo is changing the narrative about vegan food in other ways. As can be gleaned from FoodChasers Kitchen’s Lizzo-inspired vegan menu, plant-based food is not just sad salads and steamed vegetables—it’s just food made without animal products.

With this in mind, Lizzo continues to challenge the narrative around vegan food as it intersects with fat phobia, an issue that the 34-year-old has highlighted in many ways, including by showing the world fat bodies are beautiful, too. 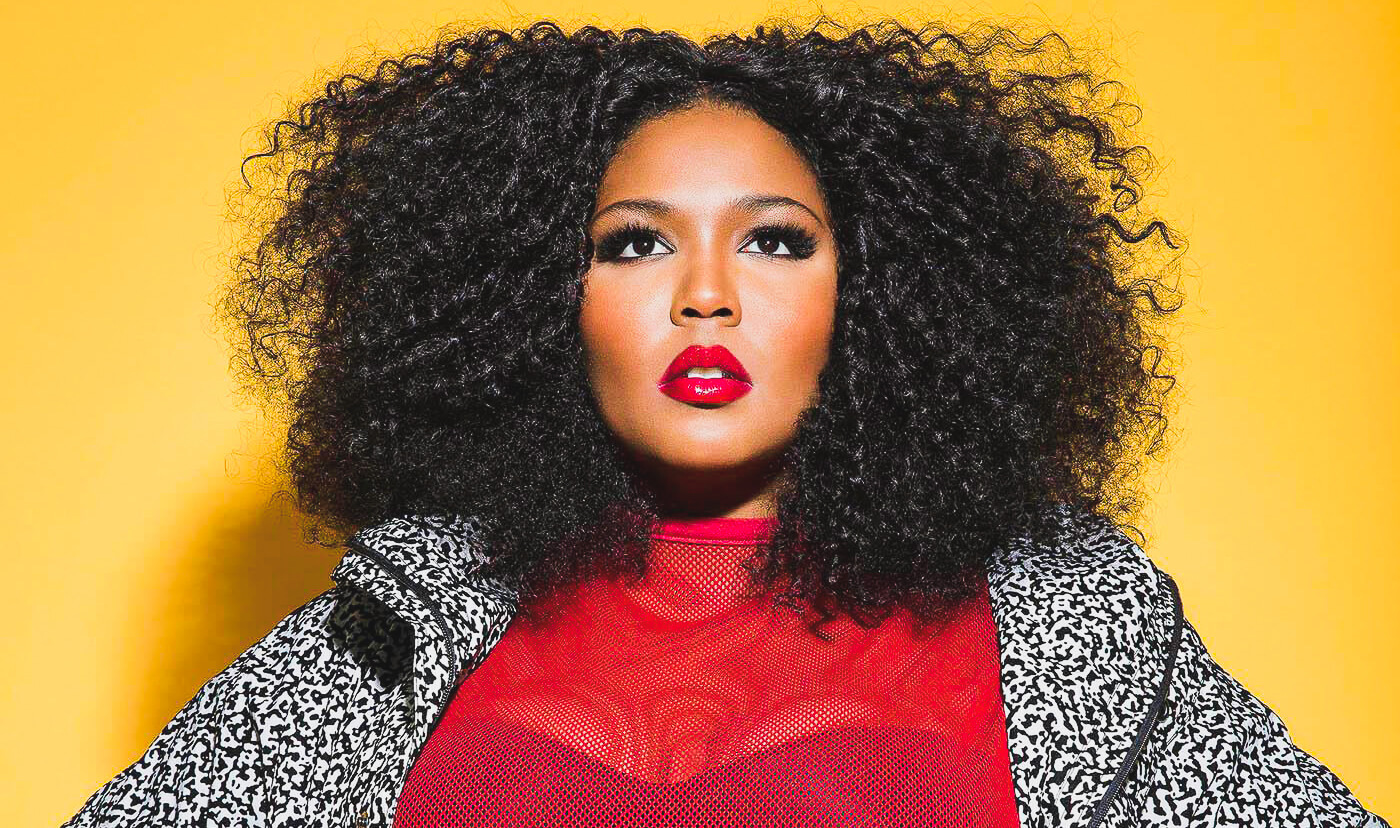 Last year, Lizzo took to TikTok—a platform she uses to share vegan recipes and food finds—to shut down fat shamers by sharing a video of herself in her underwear eating a vegan egg sandwich over an audio clip of a woman saying, “I’m seeing way too many plus-sized vegans. Are ya’ll frying the lettuce?”

Lizzo clapped back further in the caption of the TikTok video. “Yes, actually I do,” Lizzo said in reference to fried lettuce.

“Shout out to all my fat vegans—we look as good as we feel … and to the haters, good luck chasing that narrow beauty standard,” Lizzo said.

Lizzo also continues to dispel vegan myths, including in a Vanity Fair interview published this week. Here, she spoke about body autonomy as it relates to reproductive rights; playing James Madison’s 200-year-old crystal flute as a statement against racism and oppression; her vast musical influences; and how activism around body positivity is tied to her plant-based lifestyle.

“​​I lead a very healthy lifestyle—mentally, spiritually, I try to keep everything I put in my body super clean. Health is something I prioritize, wherever that leads me physically,” Lizzo said before referencing the frying lettuce incident. “I’m not a vegan to lose weight. I just feel better when I eat plants.”