Vegan brand Violife Foods—VegNews’ 2022 Veggie Award winner for Best Staple Vegan Cheese—is expanding into a new category this month with the launch of three creamy dairy-free dips. The new Violife dips will be available in Ranch, French Onion, and Spinach & Artichoke, all flavors chosen intentionally to compete with classic dairy dips. While the Greek brand is most popular for its vegan cheeses, its launch of savory dips places it next to its dairy counterparts in a whole new category.

“We are expanding into the plant-based dip category to increase our flavor and format offerings that all of our consumers, including those who are plant-based, dairy-free, or plant curious, can enjoy,” Violife’s Senior Brand Manager Debra Yoo told VegNews. “All three of the flavors that we are launching are top selling flavors for dairy dips, and we want to show that plant-based options can also deliver creamy and indulgent flavors. We know that consumers love the classic tastes of Ranch, French Onion, and Spinach & Artichoke, and we are excited to offer alternatives that can be enjoyed by everyone at the table.”

Violife’s new dips will come in 200-gram (7.05-ounce) tubs and will be available at all Whole Foods Market locations nationwide by June 24—with some locations already stocking the new products. 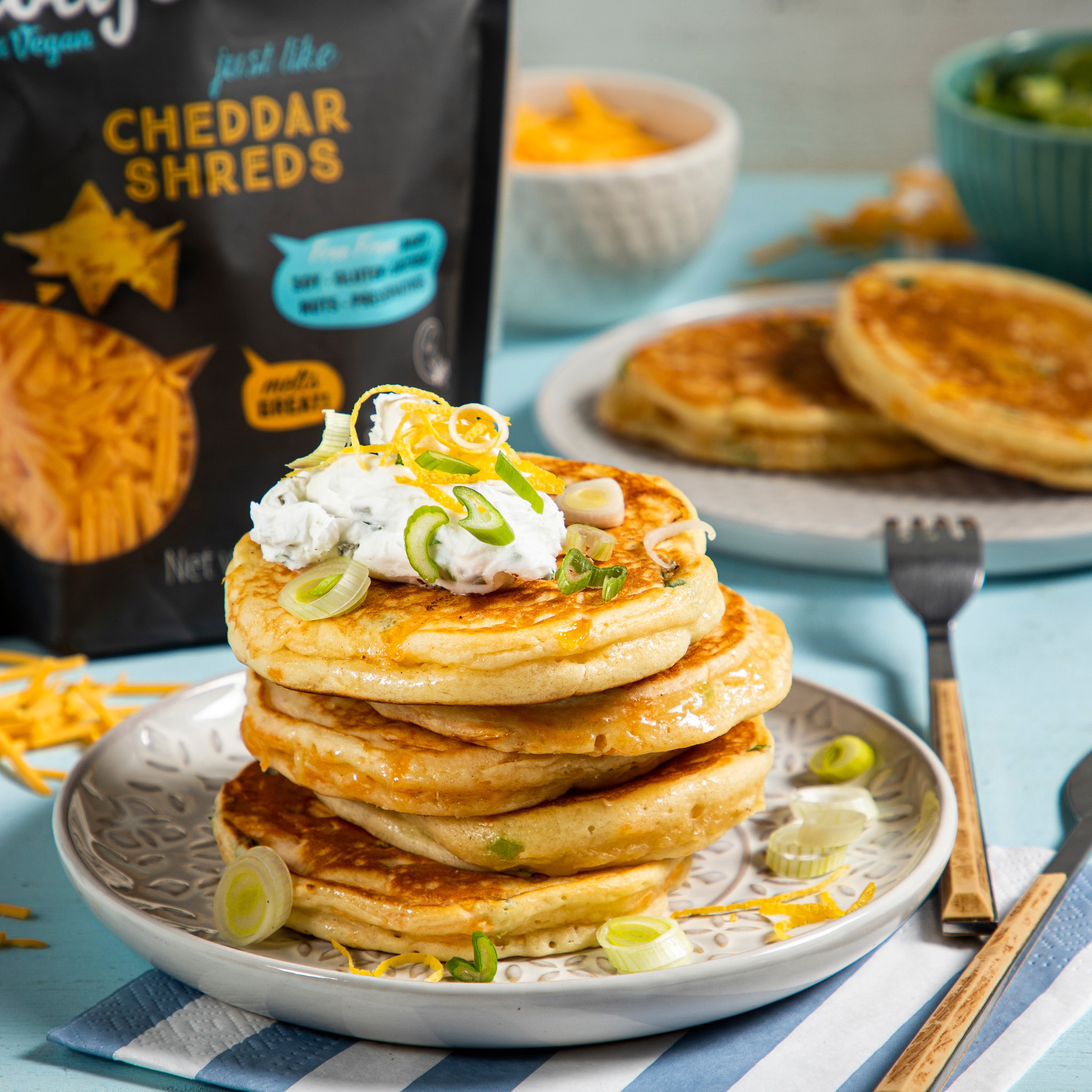 Violife is a pioneer in the vegan food category that got its start in Thessalonica, Greece in the 1990s and now offers a wide variety of coconut oil-based cheeses in flavors such as mature cheddar, Parmesan, feta, gouda, and more. Since Violife came to market, innovation in the vegan cheese space has boomed worldwide, with new entrants coming from all sides—including existing dairy brands such as French cheese giant Bel Group which is currently in the midst of releasing dairy-free versions of its popular products such as Boursin, Babybel, and Laughing Cow.

“There are many more flavor and format varieties within the world of plant-based cheese that did not exist when Violife first started,” Yoo said. “Within Violife, we have debuted a number of products that were first-of-their-kind in the plant-based world including our Mediterranean Style Grill Me!, a plant-based cheese similar to dairy Halloumi, and Cocospread, our plant-based chocolaty spread that can be eaten by itself, spread on a cracker, or baked into a favorite dessert.”

Violife’s products are now distributed in more than 50 countries in both retail and foodservice, including at Pizza Hut in the United Kingdom where its dairy-free mozzarella shreds have been on the permanent menu as an alternative to dairy cheese since 2017. Violife made its way into the United States in 2018 through a national Whole Foods partnership which it is now expanding with the launch of its new dips. 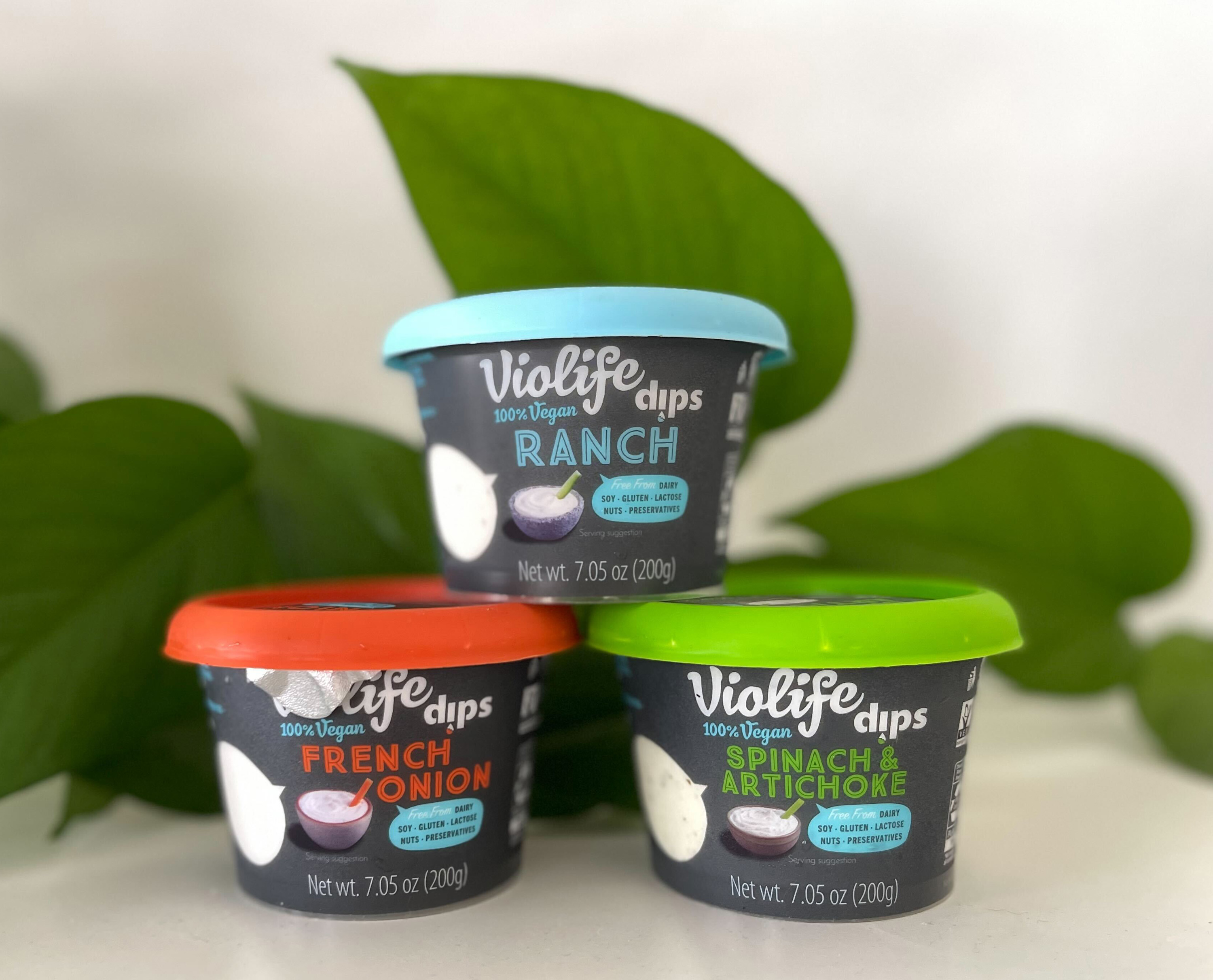 The Ranch, French Onion, and Spinach-Artichoke dips are part of Violife’s mission to continue innovating the dairy-free category with alternatives that are just as indulgent as traditional dairy but without the ethical, health, and environmental downsides.

“Over the past 20 years, we have been perfecting our recipes to offer the same flavors and mouthfeel as the dairy versions,” Yoo said. “Our three new dips are a continuation of our efforts to help consumers move easily (and deliciously) into a plant-based lifestyle.”

In addition to the aforementioned Cocospread, Violife has further expanded both its cheese categories and other offerings including Violife Vioblock—which it launched in the UK last August as its first vegan butter. To reach wider demographics and meal occasions, the brand also explores offerings such as seasonal holiday cheese platters, summer grilling packs, and miniature snacking versions of its cheeses. 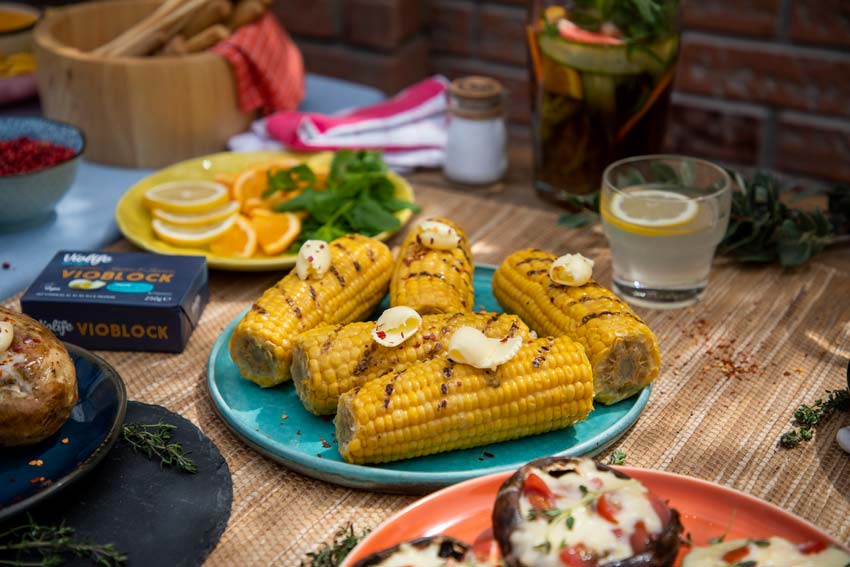 “At Violife, we are continuing to create delicious plant-based products that can be enjoyed by everyone,” Yoo said. “As we expand within, and beyond, the plant-based cheese category, we are excited to bring more products to the market that plant-curious consumers will love.”

These consumers are also growing increasingly more aware about the environmental impact of exploiting animals to produce dairy. For its part, Violife partnered with leading sustainability advisor Quantis to conduct a life cycle assessment of eight Violife cheese products earlier this year. The findings showed that Violife’s vegan cheese carries half of the carbon footprint of dairy cheese and uses less than a third less land. The brand translated these findings into its “Change” campaign—that ran last January, coinciding with Veganuary—which used clever word play to inspire consumers to make the shift to vegan cheese.

Ultimately, the goal of the decades-old brand is to continue innovating the dairy-free space with new products such as creamy dips, lucious spreads, and umami-rich cheeses—to give every consumer something to be excited about. “We believe that once a consumer tries Violife, the taste and performance meets, if not exceeds, their expectations,” Yoo said. “We are always looking for new ways to expand our offerings and bring more plant-based alternatives to consumers.”