A new vegan chicken is coming to grocery stores shelves and it’s made to mimic traditional chicken with the help of artificial intelligence. Chilean startup The Not Company (“NotCo”) relies on Giuseppe—a technology platform that uses artificial intelligence to create plant-based products that resemble their animal-derived counterparts in all ways. NotCo’s new pea protein-based vegan chicken will be available in four formats: NotChickenNuggets, NotChickenBurger, NotChickenBurgerCrispy, and NotChickenFillet.

“What we have achieved in terms of superior taste and texture is a true reflection of the impact we can make if we believe that things can be done better,” Matias Muchnick, CEO and Co-Founder of NotCo, said in a statement. “None of this could be done without the help of Giuseppe, our patented AI that is transforming plant-based innovation.”

NotCo will first introduce its new vegan chicken line at 980 retail locations in Argentina, Brazil, and Chile before expanding it to restaurant menus (with partners to be announced soon). After its initial debut in Latin America—where it counts Starbucks, Papa John’s, and Burger King as restaurant partners—the brand plans to bring its vegan chicken line to the United States and Canada. 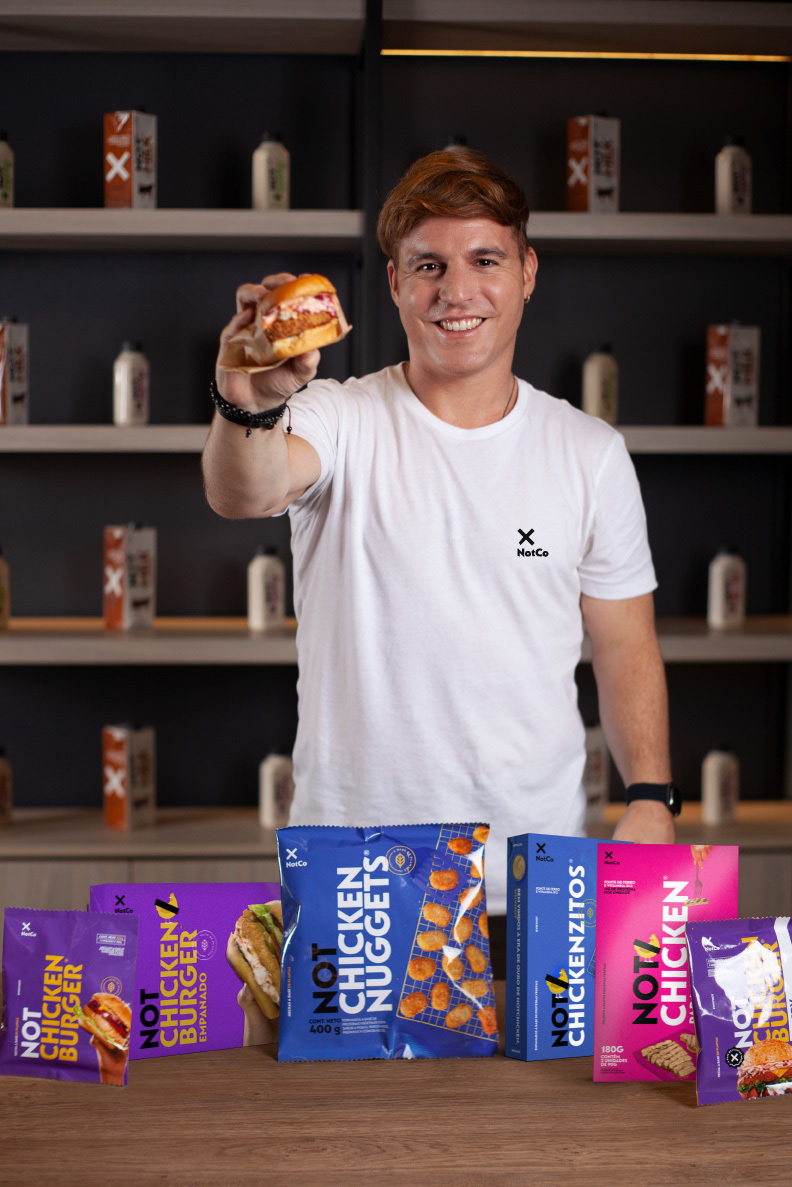 Founded in 2015 by Muchnick (a biotech engineer), biochemist Pablo Zamora, and computer scientist Karim Pichara, NotCo is on a mission to replicate animal-based products with more sustainable plant ingredients so that animals no longer have to be part of the food system. The company uses Giuseppe to analyze the properties of thousands of plants in a database and then creates unique ingredient combinations that aim to replicate the taste and texture of animal-based products.

While many companies use pea protein as a base for vegan meat, NotCo’s vegan chicken also features unique ingredients such as bamboo, peaches, and chickpeas. The brand’s new products have already garnered support from big names in the food industry, including Shake Shack founder Danny Meyer—who is also an investor in the company through Enlightened Hospitality Investments.

“When I first tried it, it was hard to believe I was enjoying the crunchiness, juiciness, and flavor of a chicken made from fruits and vegetables,” Meyer said. “NotCo has found a way to produce a product with plants that improves upon many versions of actual chicken.” 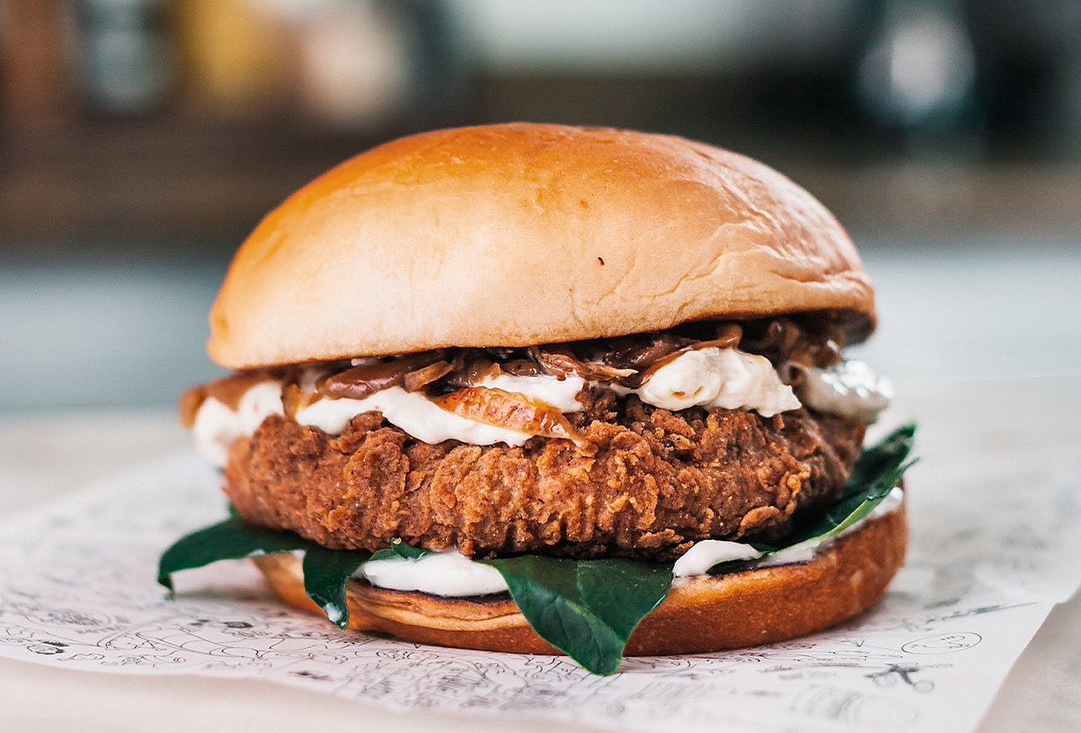 NotCo’s improvement on traditional chicken is not in taste and texture alone. According to an internal audit by NotCo, its vegan chicken uses 86 percent less water and emits 73 percent fewer CO2 emissions than poultry production.

“NotChicken is just the latest in what we have planned as we celebrate the beginning of a new golden era for chicken,” Muchnick said. “It’s an exciting time for us as it is the first time we are launching into a new alt-protein category in three countries at the same time, but you can expect to see more very soon. We’re excited to share this with the world and be one step closer to changing the food system for the better.”