If you’re vegan but still enjoy mainstream food television, raise your hand. What vegan foodie doesn’t love to watch Master Chef or Sugar Rush and not think of ways to veganize all the dishes? If you love food, you’ll find a way. Of course, it’s always a thrill to see vegan cuisine represented in the big leagues, and slowly but surely, plant-based eats are integrating into primetime. Because there are so many ways to watch food television, we’re expanding this list to encompass Netflix hits as well as the indomitable Food Network. From underdog wins to vegan cooking competitions, here are 16 vegan food moments to set your DVR for.

Before the Food Network started to integrate vegan contestants and programming, plant-based creators took matters into their own hands. Directors, writers, and producers placed their content on any streaming service that would have them or created their own digital space. Vegan chef and personality Jason Wrobel was one of the first to break through with his vegan Cooking Channel show, How to Live to 100, which enjoyed two seasons beginning in 2014. Former news anchor and current animal activist Jane Velez Mitchel launched her own vegan streaming service, Unchained TV, which now streams the new vegan cooking competition, Peeled. Finally, producer, director, and animal advocate Asher Brown partnered with vegan mixologist and restauranteur Jason Eisner to create High Cuisine—a 12-episode competition series that challenged chefs to create mouthwatering vegan dishes after partaking in cannabis. The series originally aired on the now-defunct streaming service in 2017 but is now available on Amazon Prime. 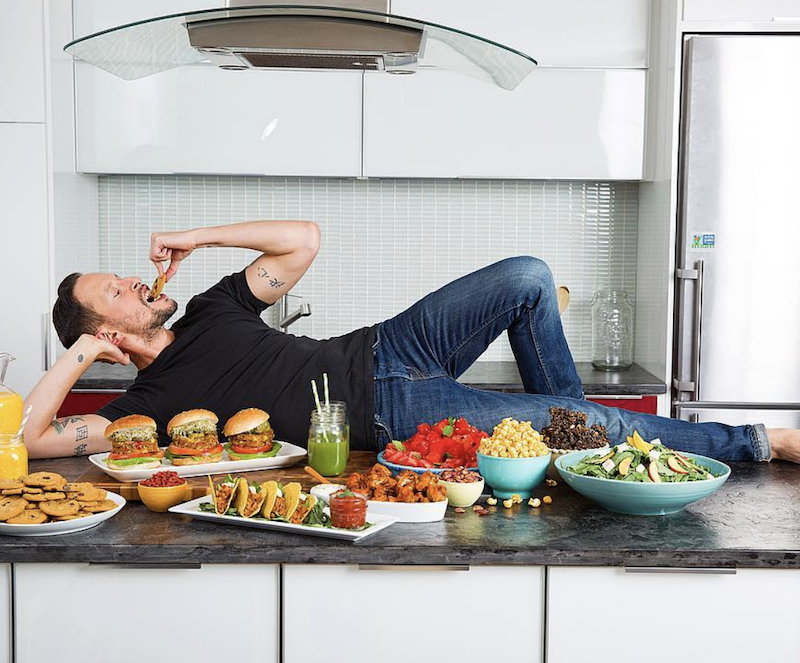 Today, vegan content is making its way to the mainstream, not just on social media, YouTube, or niche streaming platforms, but on the leader of food television: the holy grail that is the Food Network. New vegan recipes, contestants, and episodes are continually in the works, so keep the television on and get inspired by this top-notch vegan content. 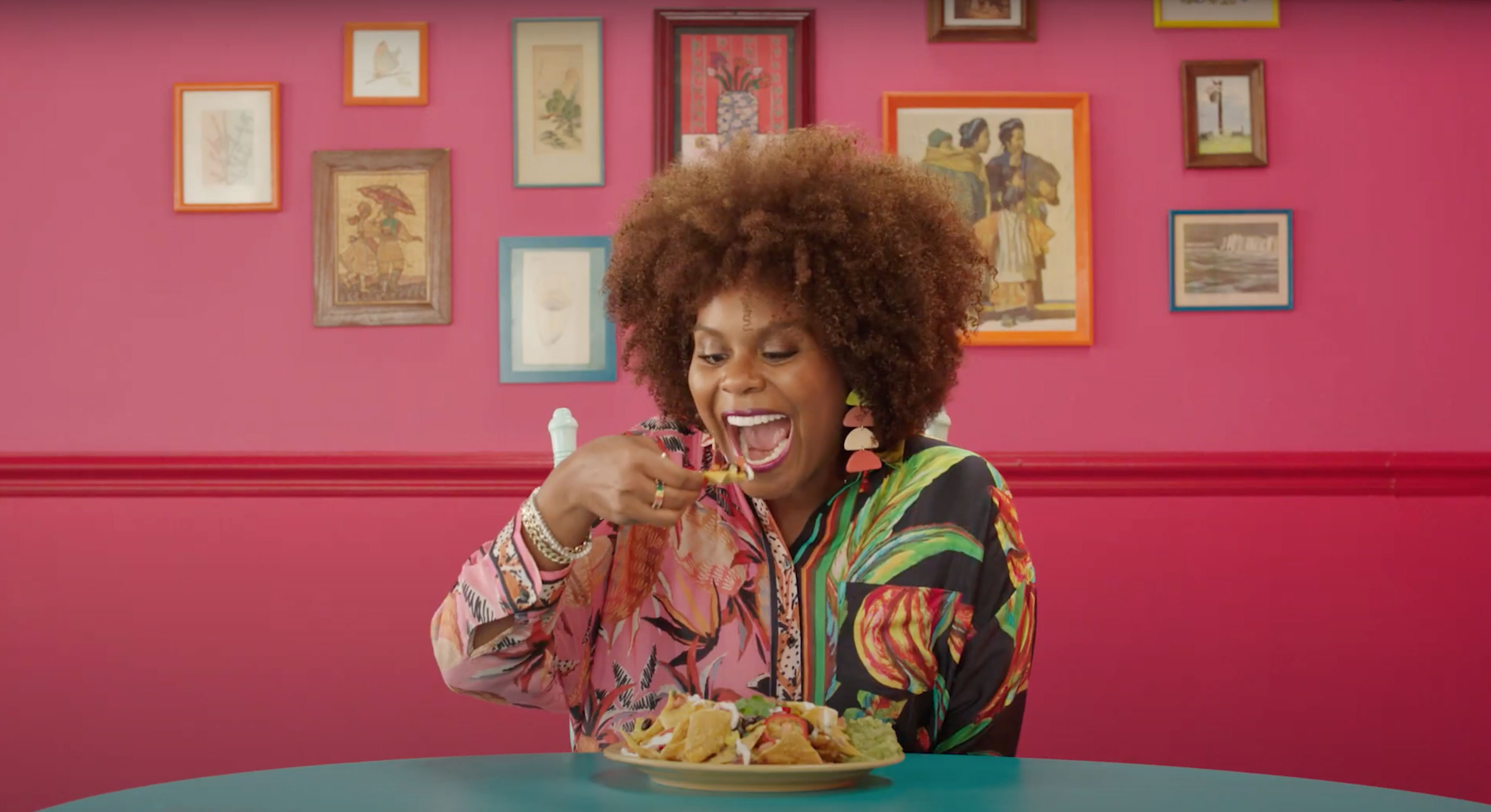 We’re not surprised this vegan entertainment maven was the first to secure a completely plant-based cooking show on the Food Network. Airing over the summer of 2022, It’s CompliPlated puts professional chefs to the test to create vegan meals any picky eater will love. Brown serves as both the host and judge along with celebrity chef Maneet Chauhan and a rotating cast of picky eater judges. The show is infused with Brown’s positive energy with just enough fun-loving competition to make you root for your favorite contestant. 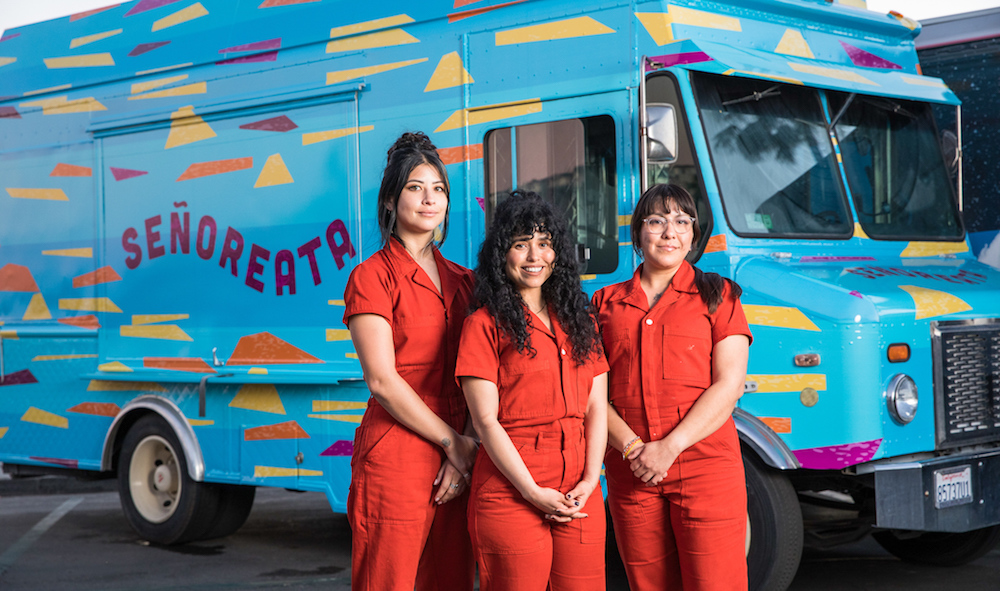 After a handful of vegan food trucks entered this televised Food Network competition, Señoreata is the first to win it all. The Los Angeles-based, Cuban pop up took home $50,000 along with the ultimate victory, beating out worthy competitors serving animal-based mac and cheese, homemade pasta, South African cuisine, and more. The woman-owned and operated food truck brushed elbows with another Food Network celebrity—Bobby Flay and his daughter, Sophie—on August 31 while the duo filmed their new travel series, Bobby and Sophie on the Coast. 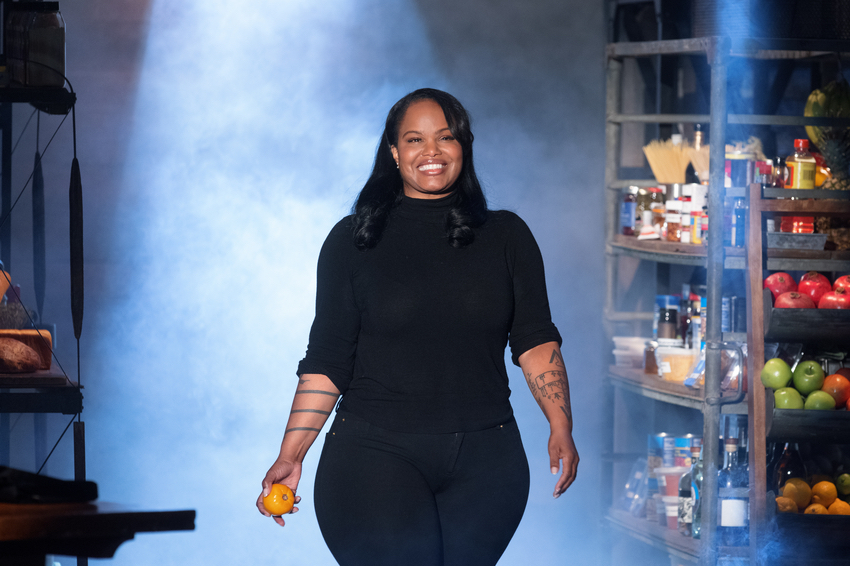 The longstanding Food Network show, Beat Bobby Flay kicked off 2022 with a pleasant surprise. After 29 seasons, the show’s first vegan episode aired in January, featuring chefs Tamearra Dyson of Souley Vegan and Adyre Mason of The Veggie. Dyson moved on to challenge Bobby in a plant-based burger competition. Despite the fact that Flay is known for his burgers and operates a burger chain, Dyson beat this celebrity chef titan. Sorry for the spoiler. It’s still an excellent episode to watch. 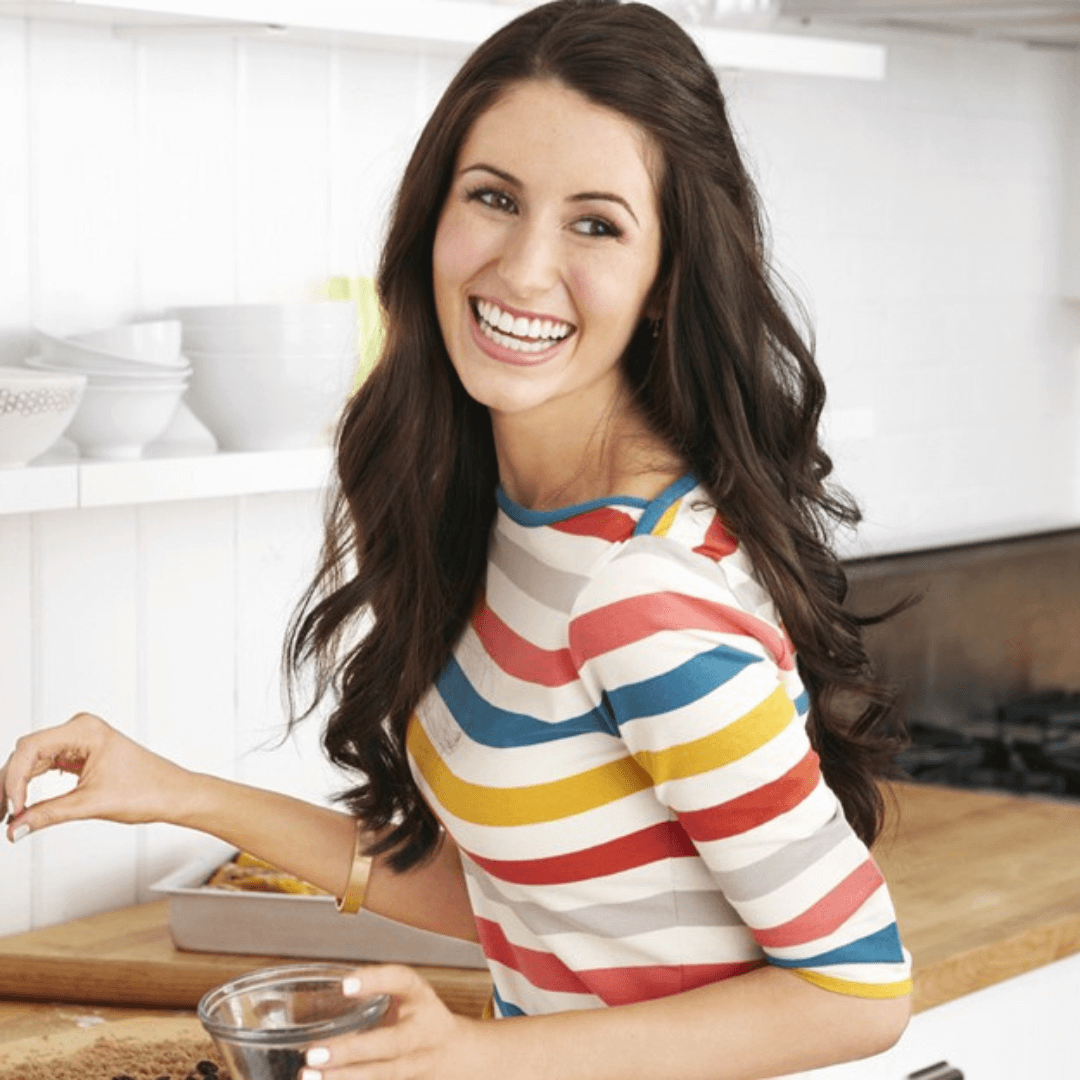 This bubbly chef and entrepreneur set the stage for the future of vegan cuisine on network television when she not only competed on Cupcake Wars, but won. Since that seminal vegan victory in 2010, the show has featured a number of vegan bakers and even hosted an all-vegan episode in 2012. It’s true—the best way to change an omnivore’s perspective is to give them a Raspberry Tiramisu cupcake. 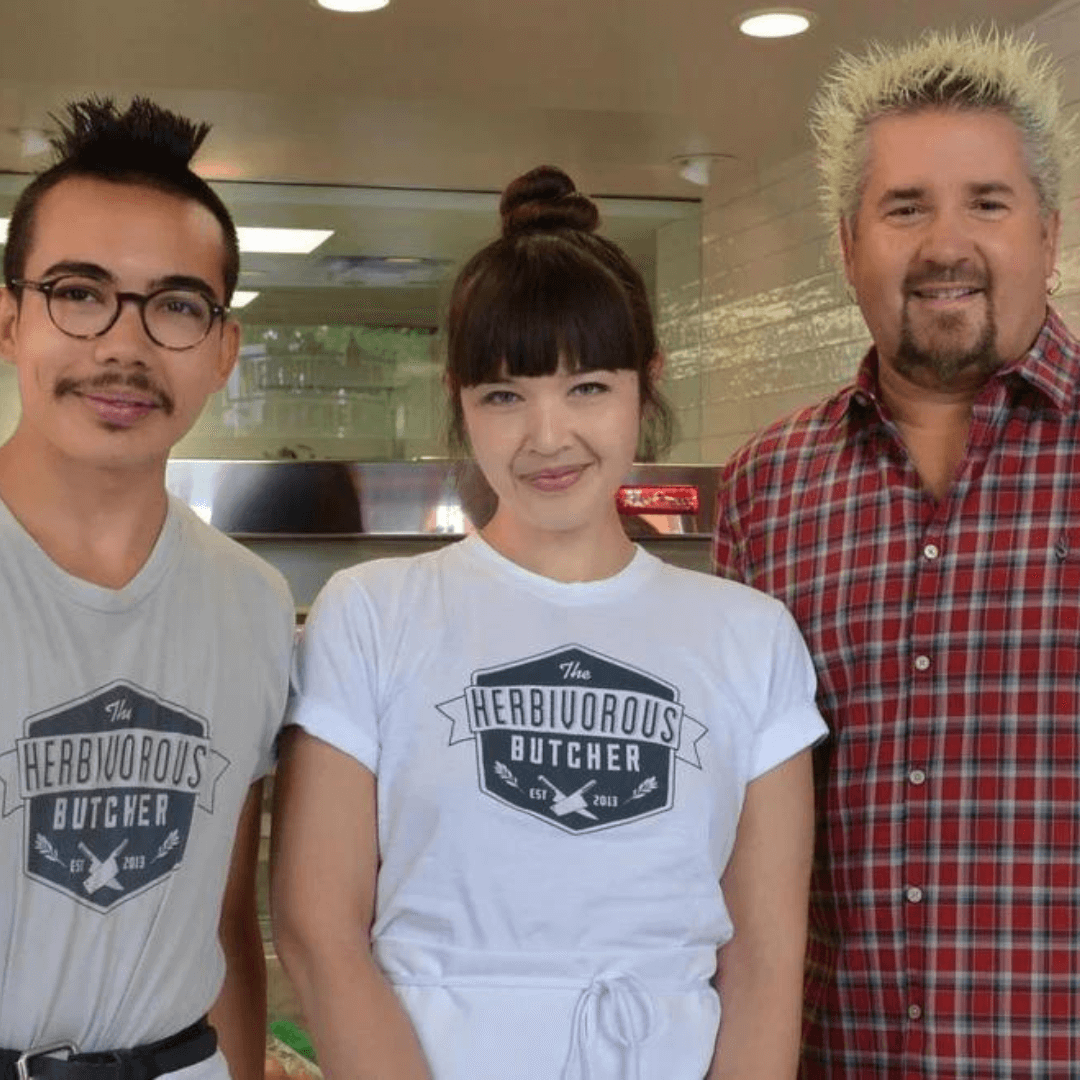 5 Vegan joints steal the spotlight on “Diners, Drive-Ins, and Dives”

The founder of Flavortown is always down for vegan food. Guy Fieri has parked his signature red Camaro in front of countless vegan eateries across the US. Minneapolis, MN’s The Herbivorous Butcher received a fair share of press, but other joints such as the Cornbread Cafe in Eugene, OR; Tumerico in Tucson, AZ; and Pingala Café in Burlington, VT have also impressed this celebrity chef. The show runs repeats on the Food Network every Friday night so you never know when you’ll stumble across a new vegan hidden gem. 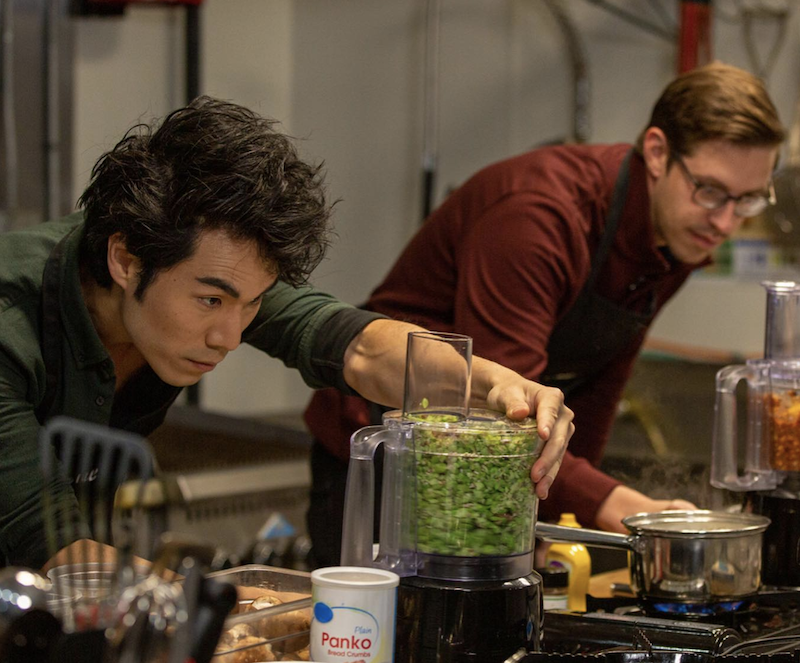 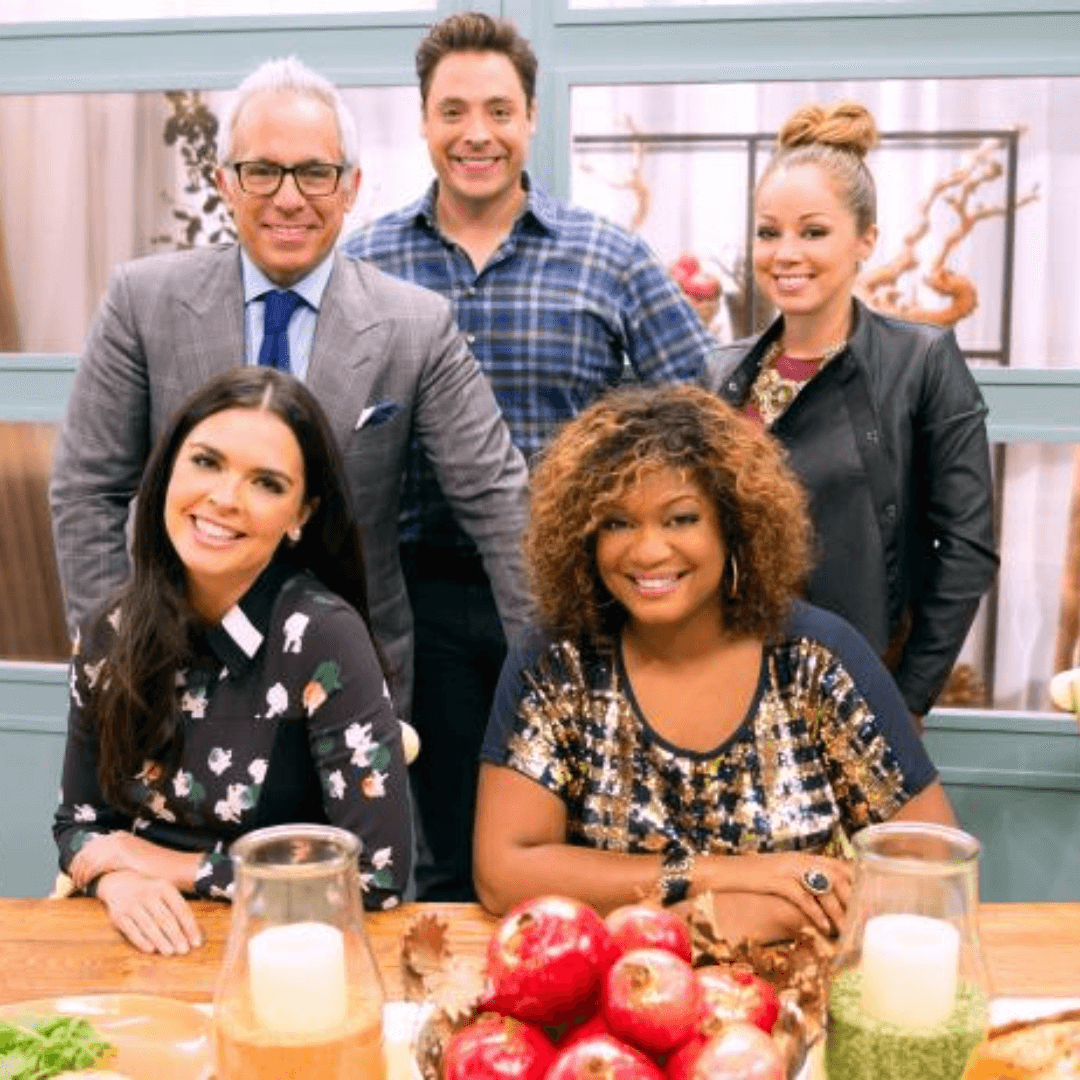 It took a while, but the hosts of this daytime talk-and-cooking-show mashup are finally using the word “vegan.” We’ve yet to see a vegan episode, but the hosts will occasionally drop lines such as “Or you could use vegetable stock to make it vegan” and “Or you could leave off the cheese to make it vegan.” We appreciate it! A few accidentally vegan recipes are also featured on the show such as Magic Mousse, Shoestring Carrot Fries, and Focaccia with Rosemary and Sun-Dried Tomatoes. 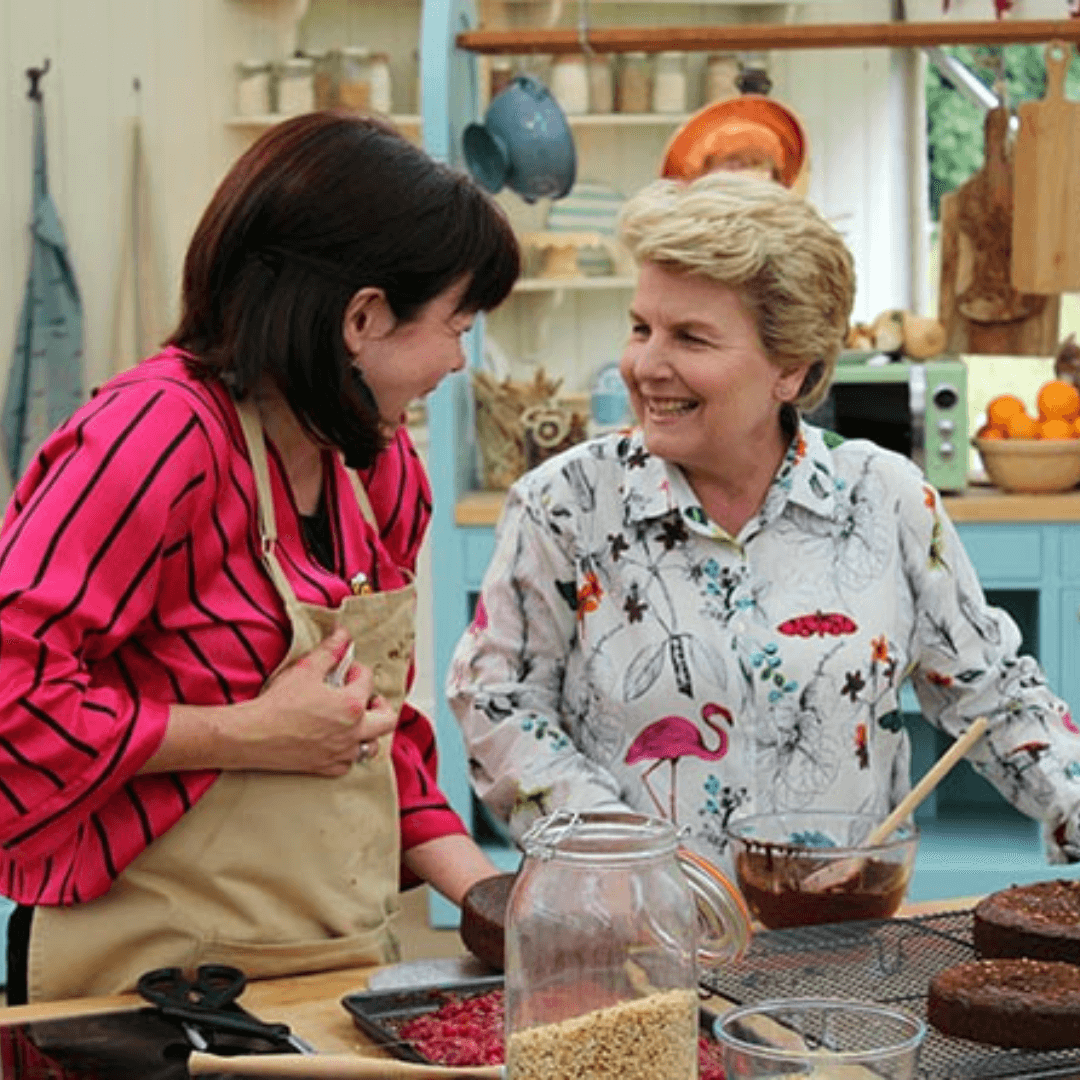 The Great British Bake Off

8Vegan Week and a vegan contestant on “Great British Bake Off”

Veganism is on the rise in the US, but the UK is leaps and bounds ahead. To keep up with the rapid uptick of plant-based viewers, The Great British Bake Off (available on Netflix) debuted its first Vegan Week in 2018. Each of the three challenges stripped contestants of their animal product go-tos and forced them to think like a vegan. Showstopping bakes such as fruit-adorned meringue crowns and tiered layer cakes proved that anything can be baked vegan. In 2021, the show welcomed its first vegan contestant, 19-year-old Freya Cox, who surpassed many of her omnivorous competitors. 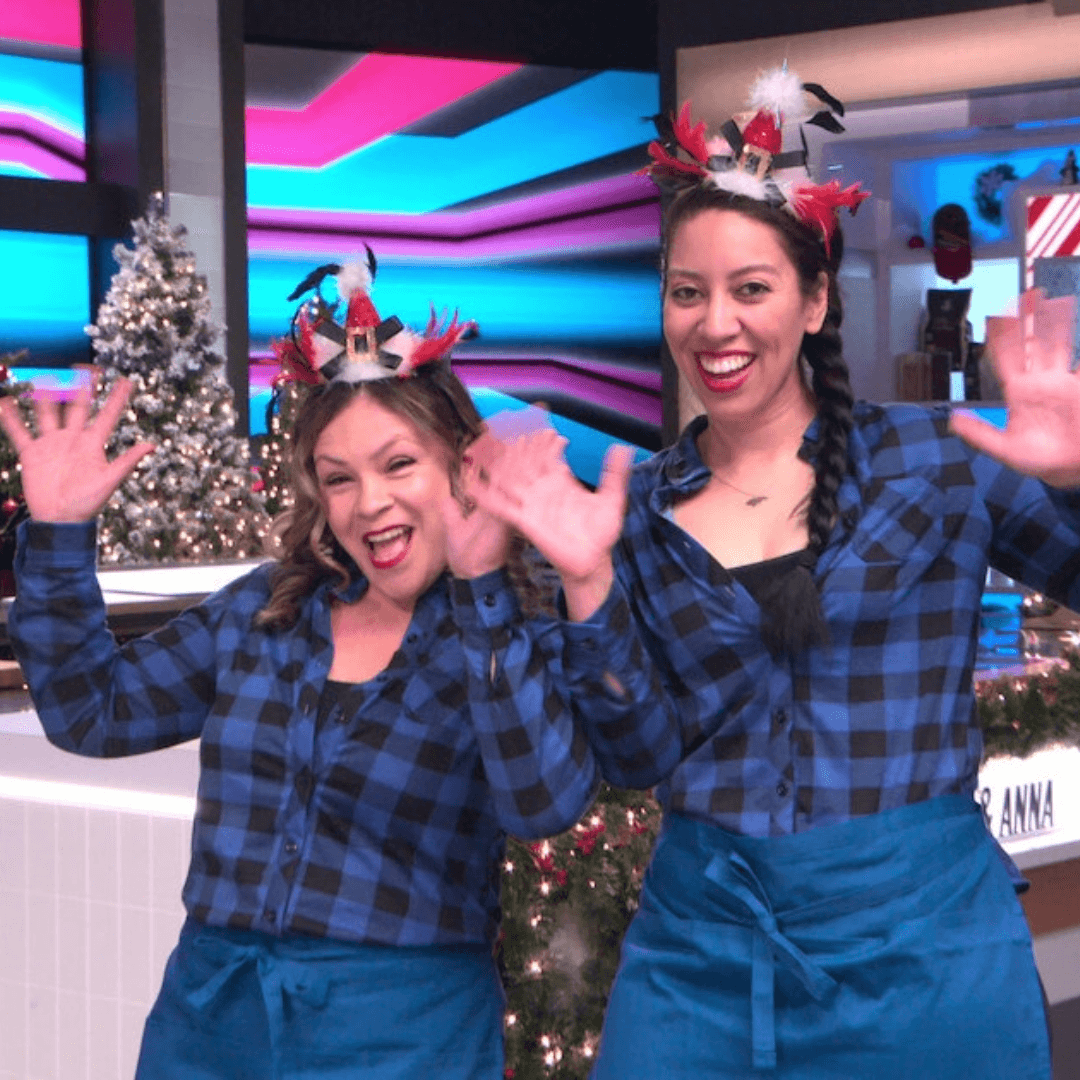 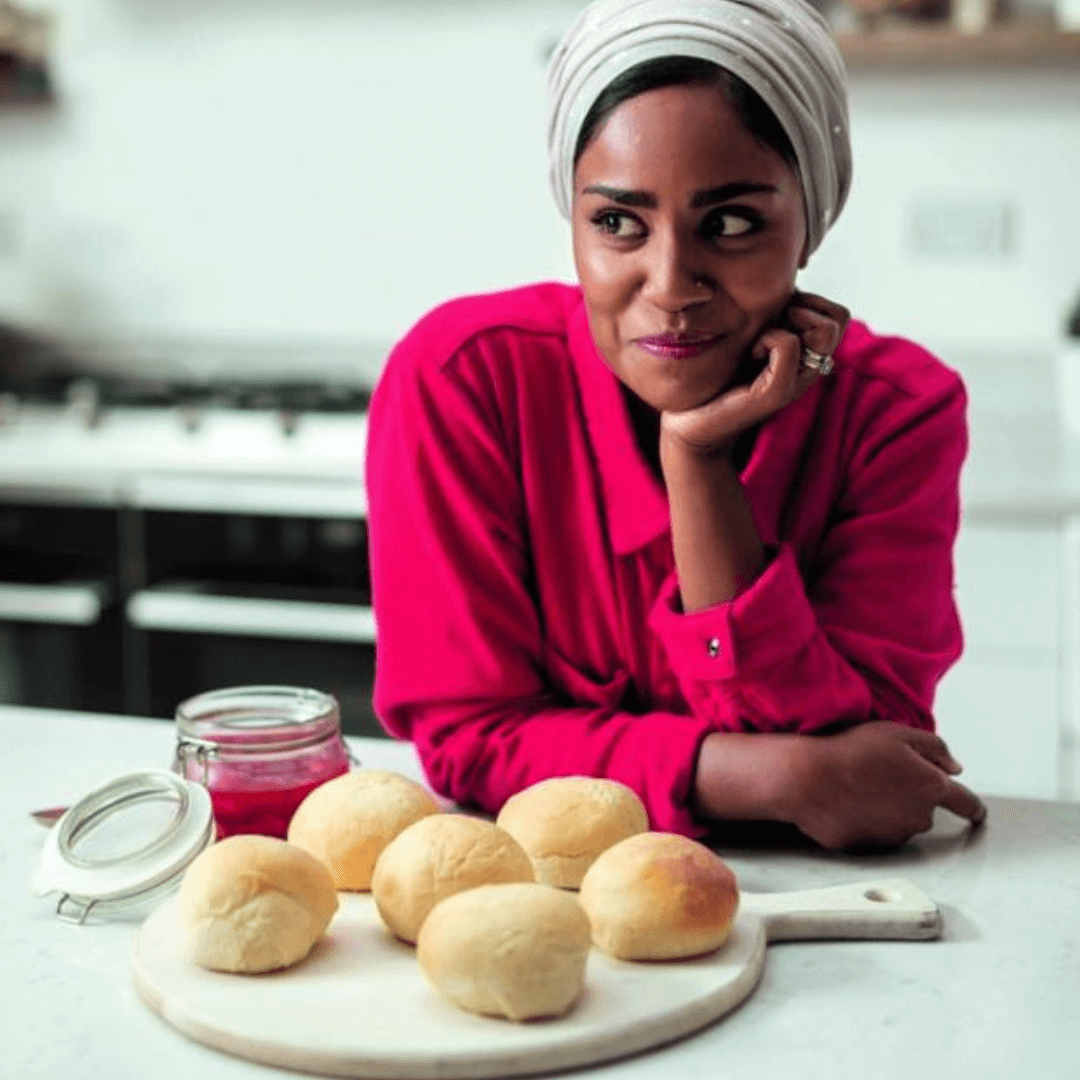 This Brit loves her clotted cream, but Hussain’s baking-focused Netflix special offers a few recipes for her vegan fans. Watch and prepare to swoon over her blueberry compote-topped banana cheesecake and nutty tahini and turmeric traybake. As Nadiya would say, baking vegan is “easy peasy!” 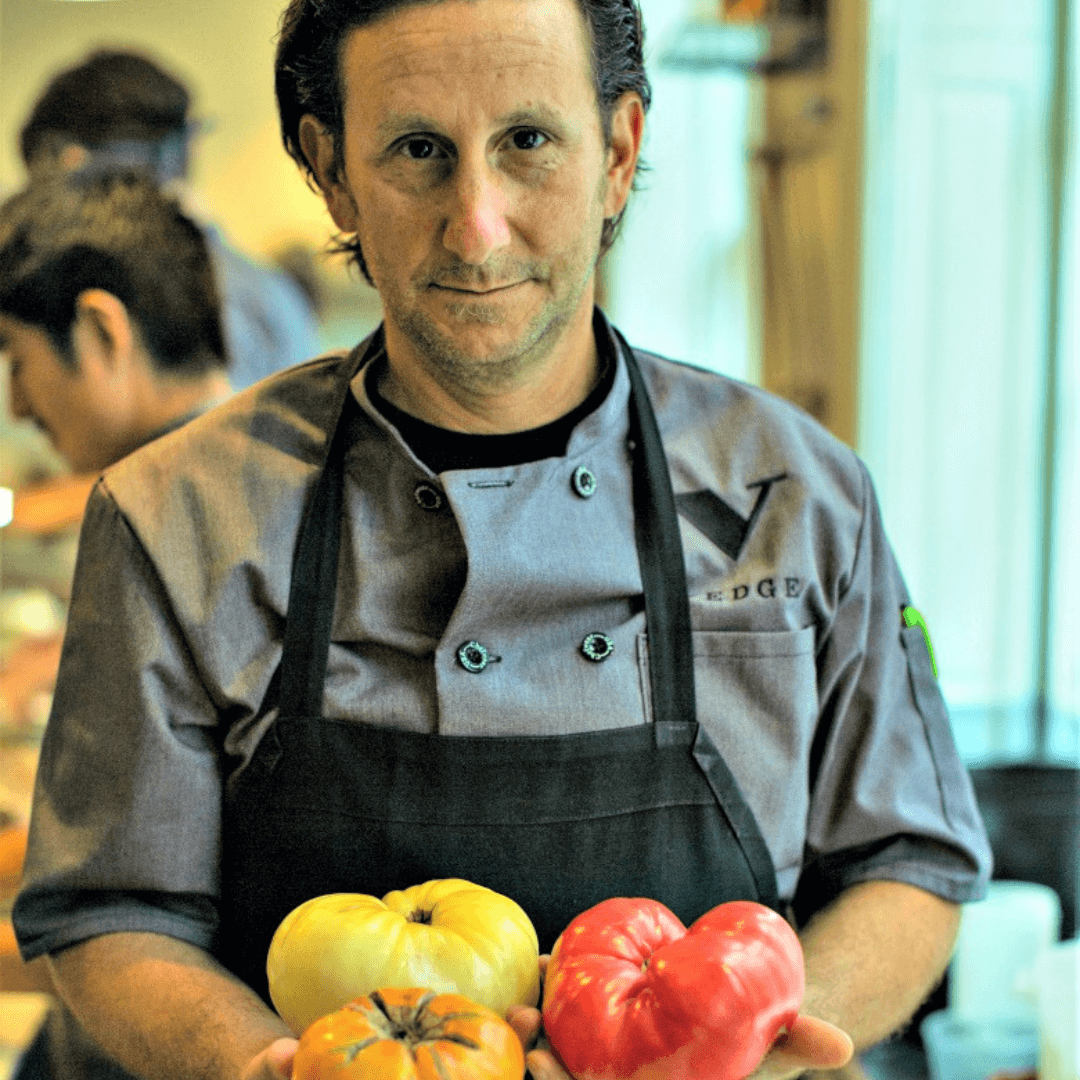 This primetime Food Network competition show jumped early on the vegan bandwagon when it debuted its first vegan episode in 2013. In lieu of squirm-worthy animal products, this episode’s mystery baskets included a plethora of plant-based ingredients. Chef Rich Landau of Philadelphia’s Vedge took home the championship title with his Edamame Turnovers with Cranberry Sauce. 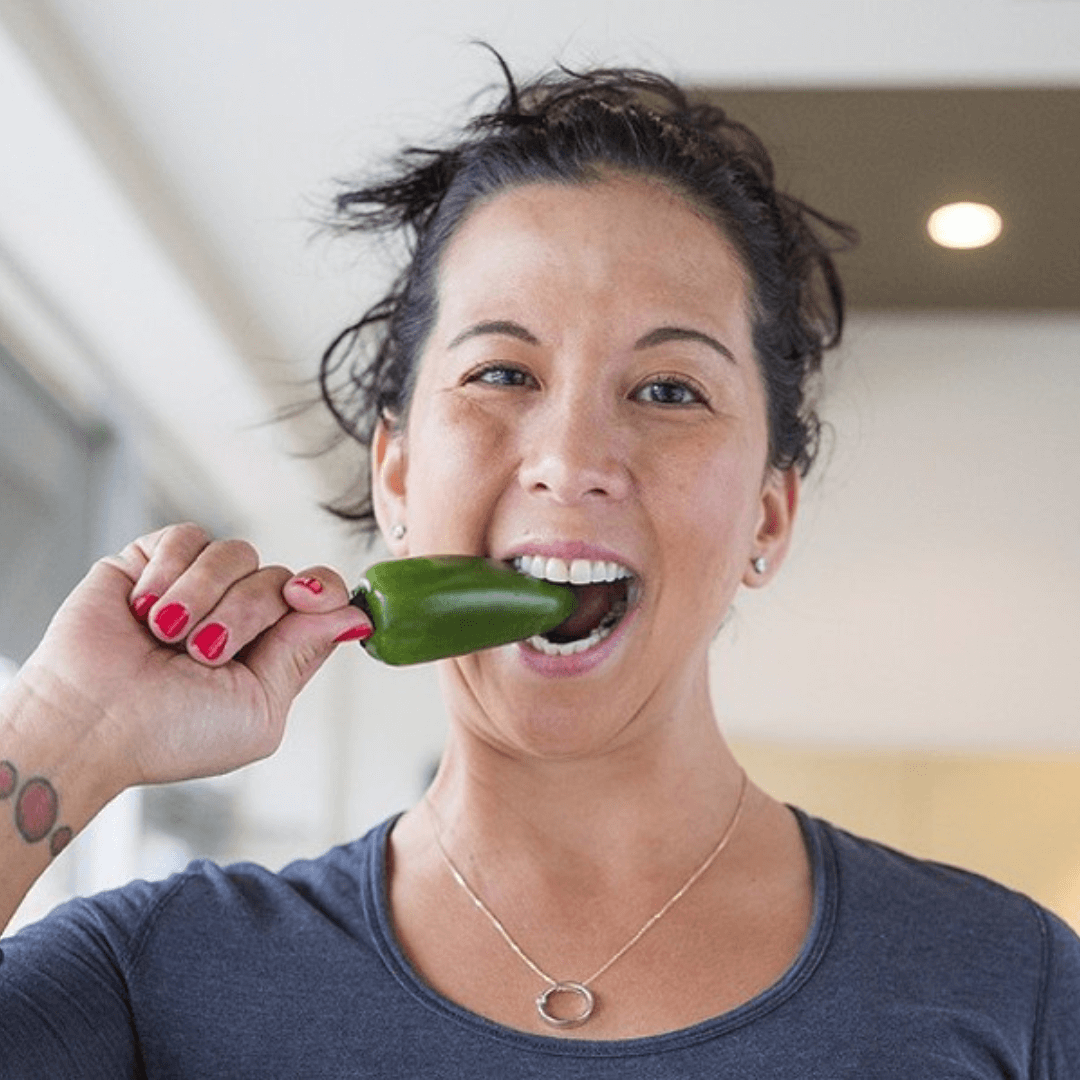 Natasha Kwan of the vegan-friendly Frida’s Deli in St. Louis, MO gave plant-based cuisine some screen time during the “All-Vegetarian” episode of this hit Food Network show. It would have been more thrilling to watch a completely vegan episode (other contestants made liberal use of eggs and cheese), but back in 2018, it was a win to even hear the words “plant-based” or “vegan” on network television. Keep an eye out for its re-run on the Food Network Monday evenings. 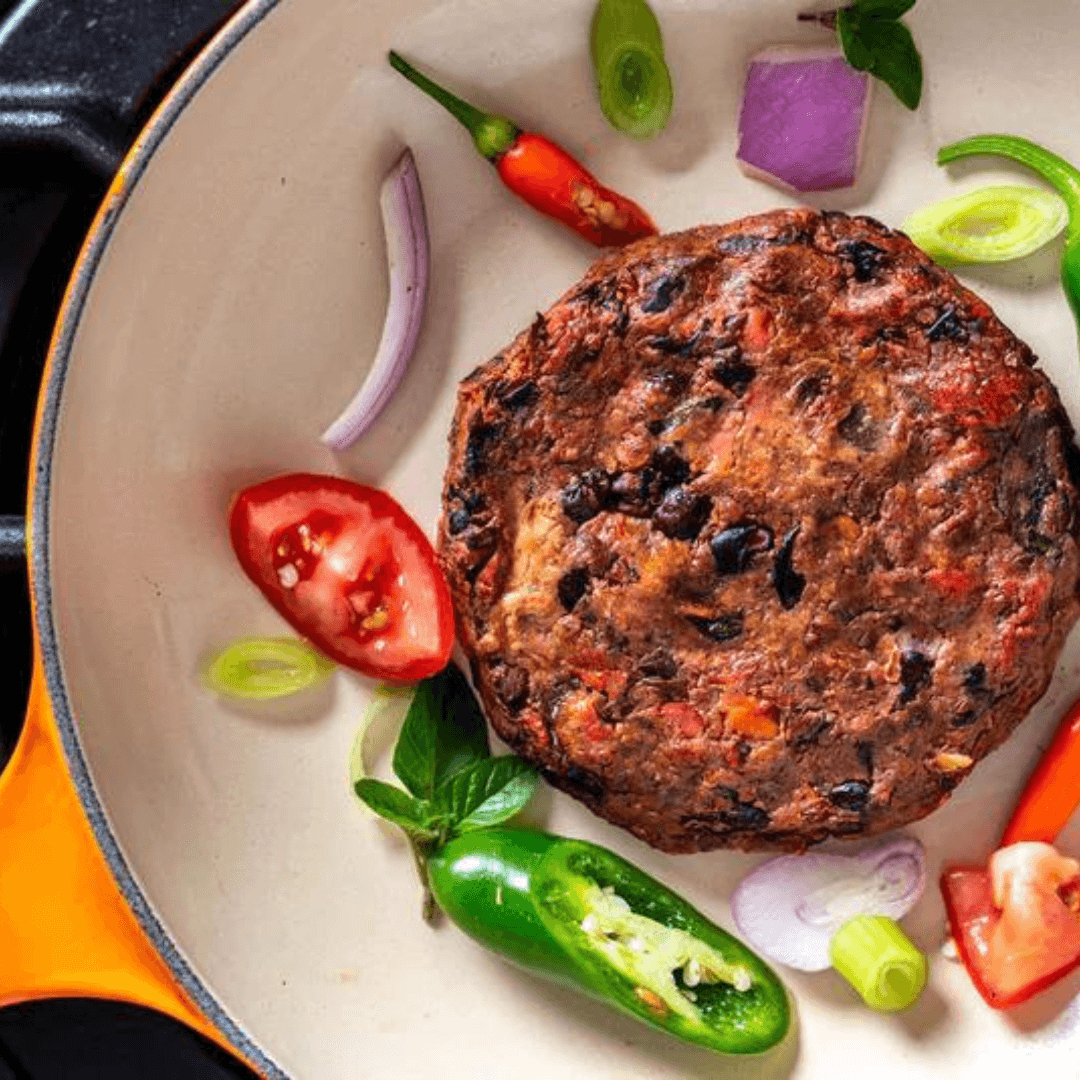 Close-ups and big bites make up this guiltless Food Network show, and we were floored when we watched Carla Hall rave about the vegan burger at Shouk in her hometown of Washington, DC. The Mediterranean-style homemade veggie burger doesn’t try to imitate a beef patty, but according to Hall, it tops it. Dear Food Network producers, more vegan hot takes, please! 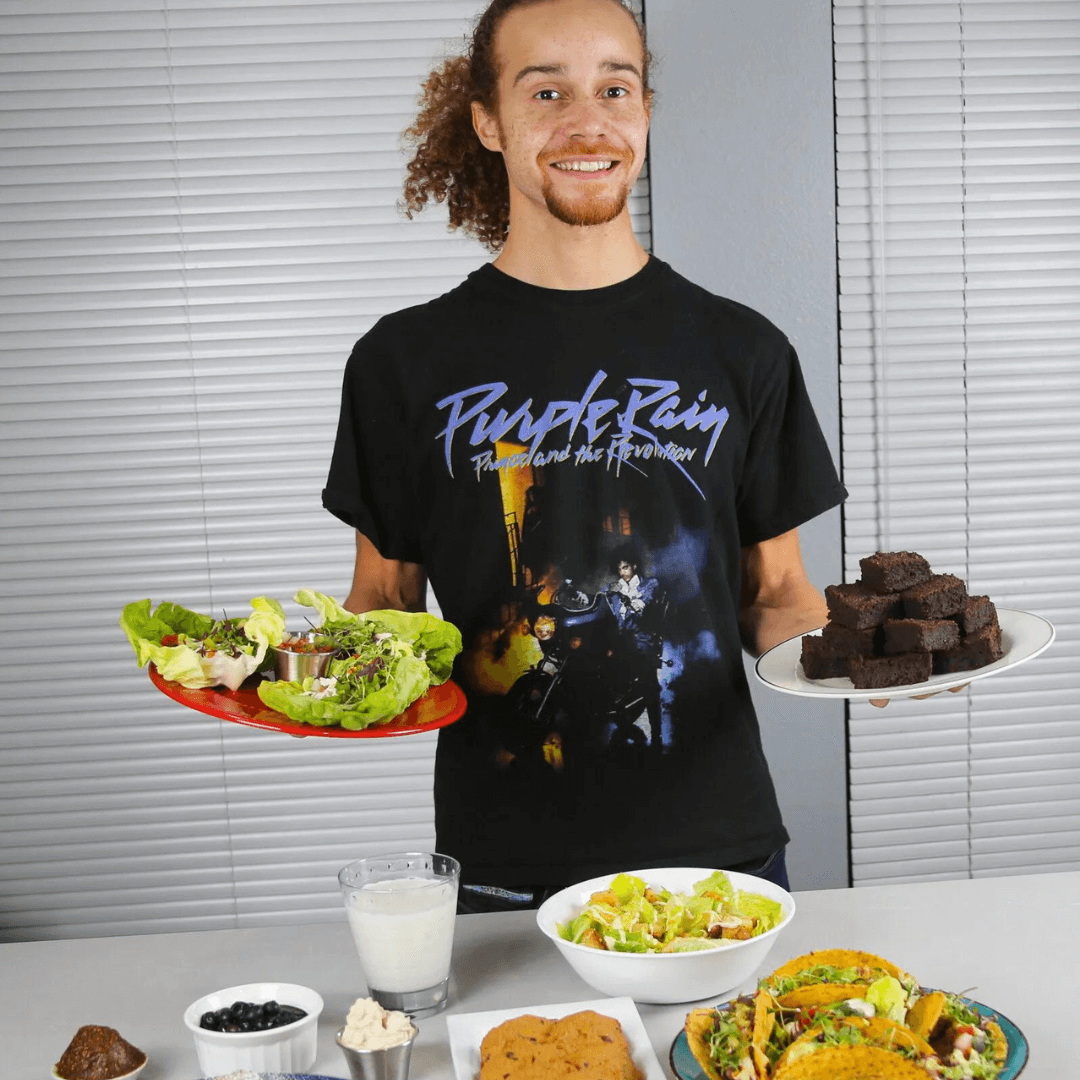 Gluten-free and vegan chef Brandon Rouge swept the competition on Alex Gurnascheli’s Food Network hit, Supermarket Stakeout. Based on ambushing grocery store shoppers and bargaining to purchase their cart, the ingredients come down to the luck of the draw, and Rouge is the first and only vegan to walk away with a win. Riding on the coattails of this victory, Rouge recently published a pay-what-you can cookbook, Vegan AF. If you’re wondering, AF stands for “Allergen-Friendly.” 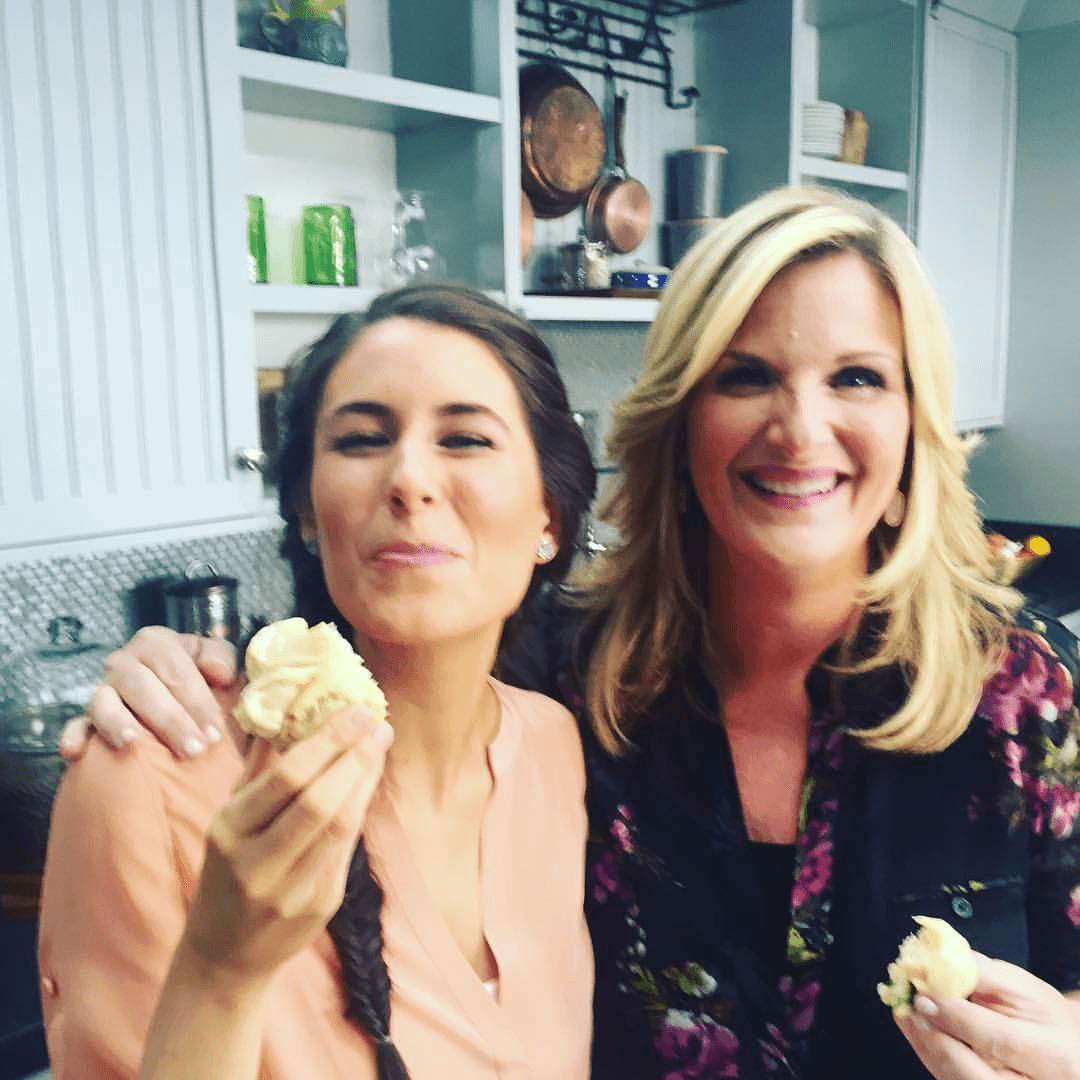 Country music star Trisha Yearwood’s Food Network cooking show typically churns out full-hog Southern eats, but for the Season 7 “Recipe Swap” episode, she invited Chloe Coscarelli to whip up a few vegan stunners. The chef prepared a Black-Eyed Pea Stew with plant-based Buttery Biscuits and maple butter, of course. This is Trisha’s Southern Kitchen, after all. For dessert, the duo cut into a slice of Chloe’s Lemon Olive Oil Cupcakes with Coconut Whipped Cream. If you’re drooling, you can find all the recipes here. 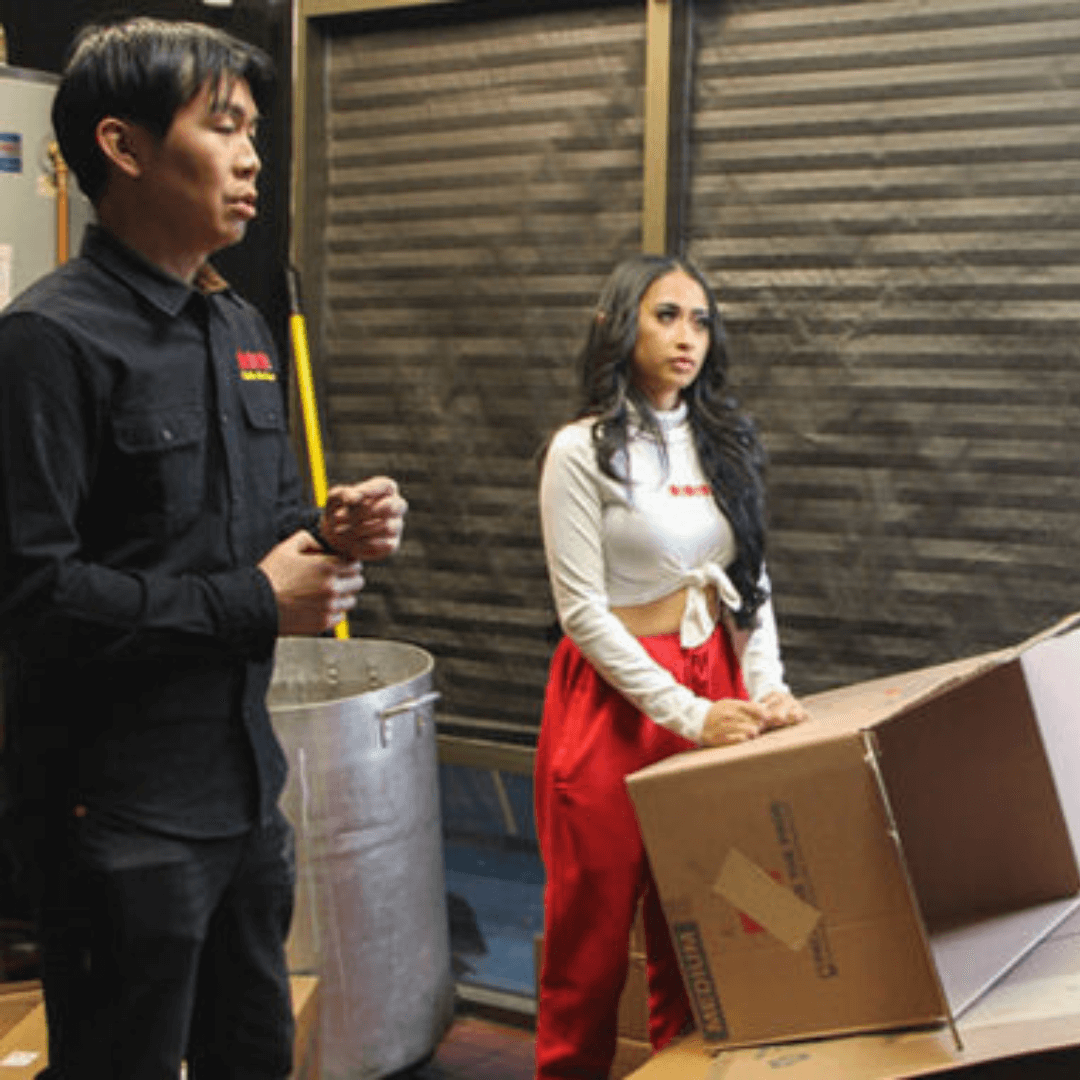 Vegan owners of Las Vegas’ Cafe No Fur faced the brute criticism of host Robert Irvine on a 2021 episode of Restaurant Impossible. The fast-food restaurant—co-operated by a former poker player and model—was seriously struggling after just two years of business until Irivne tough-loved them into turning it around. The eatery survived its rough patch and continues to serve customers who are in the mood for towering vegan burgers and fries.

For the latest on vegan television and movies, read: