It seems that every week in the world of vegan food news is more exciting than the last and this week is no exception. Impossible Burgers just joined the national menu at Applebee’s, making it infinitely easier for plant-based eaters to have a proper meal. Spring has sprung and Peet’s is celebrating with new plant-based options. And this year’s Expo West—a massive trade show in Anaheim, CA—is brimming with new vegan products. Read on for more.

The popularity of plant-based meat has spread to every corner of the culinary world, from classic Americana restaurants and fast-food chains to small town cafés. This week, we discovered that Applebee’s got in on the action by adding the Impossible Cheeseburger to its menu nationwide.

Made for “those who crave meat,” Applebee’s Impossible Cheeseburger features a plant-based Impossible Burger patty, two slices of dairy cheese (can be omitted), lettuce, tomato, pickles, and onions, and is served with fries. This burger is built on a brioche bun, which is vegan according to Applebee’s.

Applebee’s dipped its toe into plant-based burgers back in 2018 when it added the Impossible Burger to select locations. “We proudly launched the Impossible Cheeseburger nationwide last month as we are always searching for ways to enhance our menu and bring more options for guests who crave variety,” Joel Yashinsky, Chief Marketing Officer at Applebee’s, told VegNews. “Plant-based meat options are becoming a staple on any menu, and we want everyone to have delicious options when they join us at Applebee’s.”

The Impossible Burger’s national debut is a big improvement to Applebee’s menu—previously, eaters looking for plant-based options were relegated mostly to sides. At least the chain has a handy vegan guide to help navigate the slim pickins’. 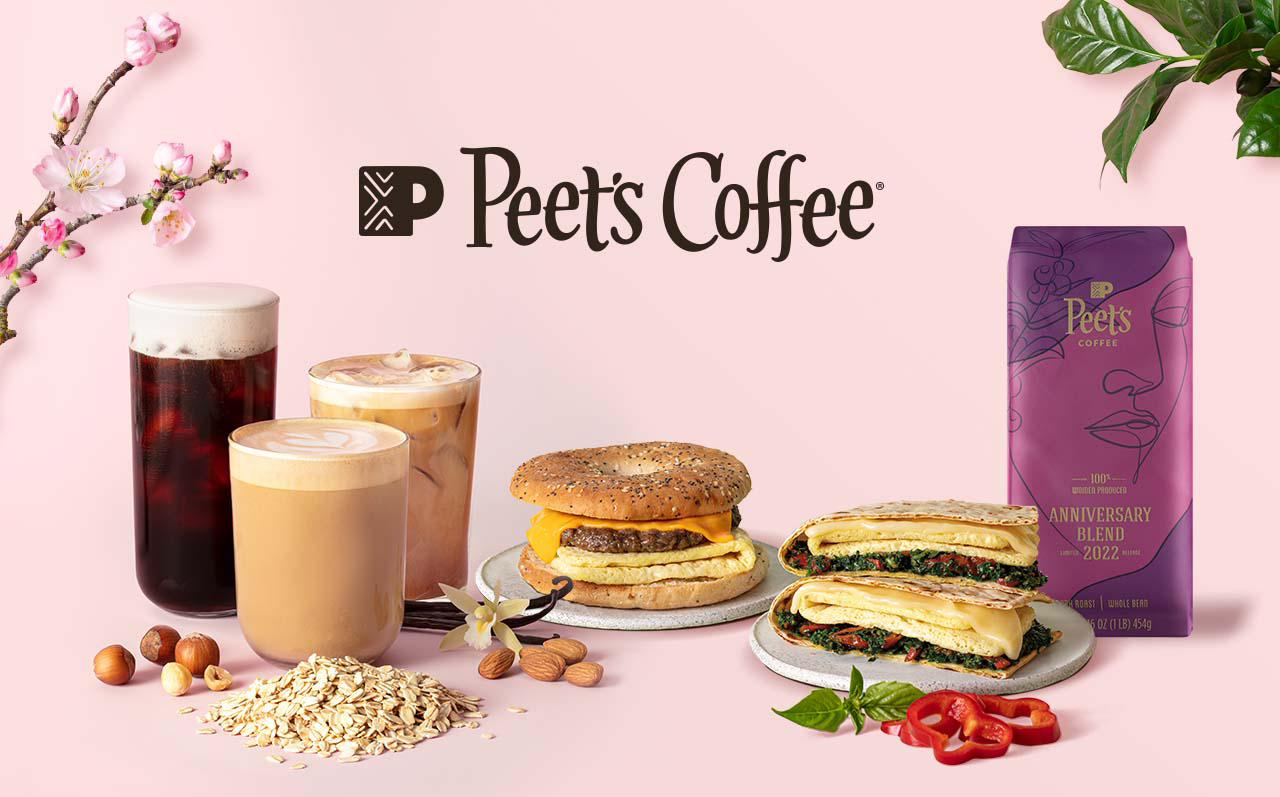 Peet’s Coffee is celebrating spring with a seasonal menu that fully embraces plant-based food and beverages with five offerings. In the beverage department, Peet’s is highlighting the creaminess of oat and almond milks with three creations: Hazelnut Oat Latte, Vanilla Almond Latte, and Cold Brew with Vanilla Oat Foam. Peetniks (the chain’s rewards members) have exclusive access to a fourth vegan drink: Hazelnut Cold Brew Oat Latte which can be ordered cold or hot.

When it comes to new bites, Peet’s is adding the Mediterranean Flatbread, a wrap with JUST Egg and Violife’s vegan smoked provolone cheese served atop a savory blend of pesto, kale, tomatoes, and bell peppers inside a crispy lavash bread.

“Plant-based foods are not alternatives or substitutes at Peet’s Coffee,” Lori Fulmer, Senior Manager, Food R&D for Peet’s Coffee, said in a statement. “At a time when most consumers are lucky to find one plant-based option in restaurants, Peet’s is taking our commitment to the next level with a menu that highlights high-quality vegan ingredients that taste delicious and have great flavor.”

Peet’s spring menu is rounded out by the Everything Plant-Based Sandwich featuring a Beyond Meat Breakfast Sausage patty, mung bean-based folded JUST Egg, melted dairy-free cheddar cheese, and comes served on an everything bagel thin. Launched as a limited-time item in spring 2021, the vegan sandwich has already become Peet’s second highest-selling warm breakfast item ever. For that reason—and because it’s really tasty—Peet’s is adding the Everything Plant-Based Sandwich to its permanent menu.

From KFC to Panda Express to AMC and beyond (or impossible?), vegan chicken is clucking everywhere. Store shelves are no different with plant-based poultry options in every aisle from Daring Foods’ chicken in the freezer to Sweet Earth’s Mindful Chik’n in the fridge. One place where vegan chicken has yet to spread its wings is in the center of the store … until now.

California-based company Atlantic Natural Foods (ANF) is bringing a new product by its Loma Linda brand to market: vegan chicken in a can. Why a can? All of Loma Linda’s products are shelf stable in order to maximize their sustainability—since no energy-sucking refrigeration is required for storage and shipping. Putting vegan chicken in a can also has pandemic-proofing benefits, according to Kelly Krause, Executive Vice President and Chief Innovation Officer at ANF.

“The collapse of the global supply chain, which started more than two years ago, restricted food creation and impacted go-to-market strategies that forever changed shopping patterns,” Krause said in a statement. “Alternatives to support our traditional food supply are necessary to provide more sustainable nutrition options on a global scale, so we’re excited to bring our Chik’n to market quickly in support of these efforts. With chicken being among one of the most consumed meats in the world, this shelf-stable protein is the perfect addition to your pantry, available at an affordable price that fits all lifestyles.” 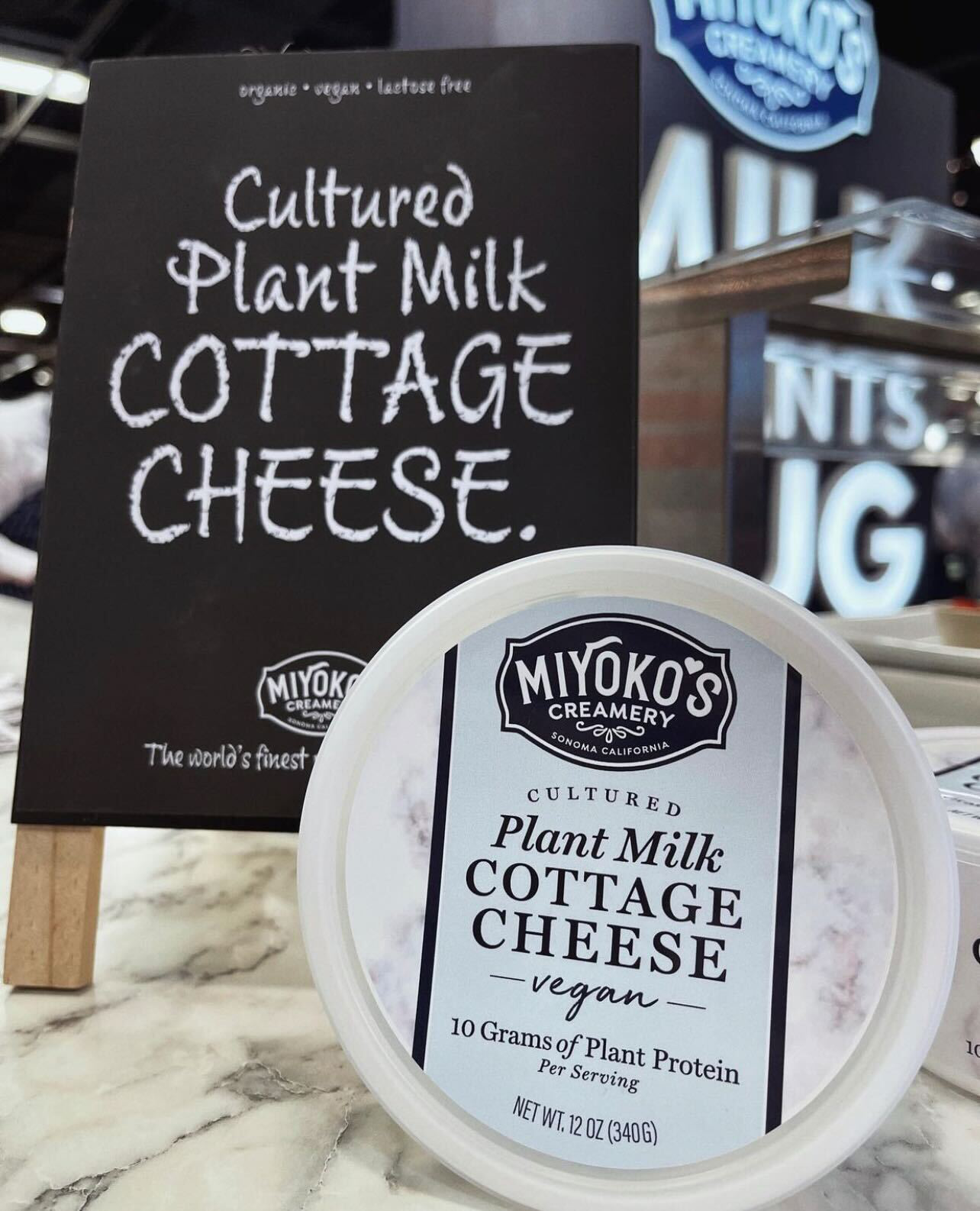 In other new products news, the VegNews team is in Anaheim, CA this week for Natural Products Expo West—a massive food trade show that brings together vendors, industry professionals, and hungry guests from all over the world. COVID-19 shut down Expo West for two years but it’s back with a vengeance in 2022, and new vegan products are everywhere.

As for seafood, Hong Kong import OmniFoods is bringing its fish-free seafood line stateside and we tasted a breaded filet that’s a perfect fit for fish and chips. Plant-based seafood brand Good Catch Foods was sampling its vegan salmon while Current Foods impressed visitors with its fish-free (and sushi-grade) tuna and smoked salmon.

Dairy-free cheeses were everywhere, too. Miyoko’s Kitchen never fails to please at Expo West and this year, the brand has created a first-to-market vegan cottage cheese. Daiya Foods came to Expo with a variety of new products in tow, ranging from grillable vegan halloumi to flatbreads made with its cheeses in three flavors and four-cheese blend packs that feature never-before-seen vegan cheeses such as asiago and asadero. 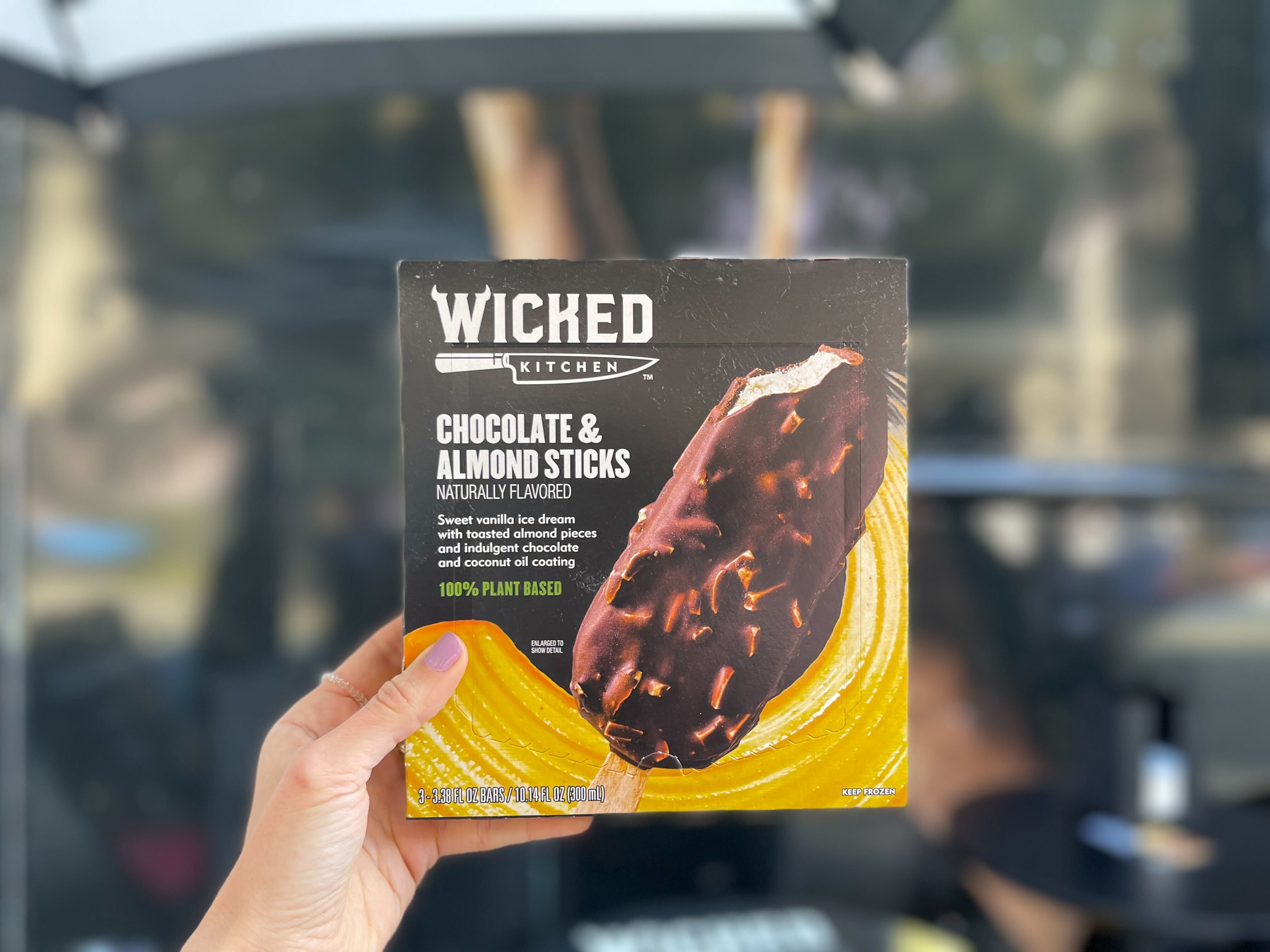 Of course we saved room for dessert and the vegan options were seemingly unlimited. Ripple Foods previewed its thick and creamy pea protein-based soft serve (which it hopes to debut through foodservice providers such as IKEA). United Kingdom-import Wicked Kitchen showcased a new ice cream line made from lupini beans and the creaminess was surreal. From Revolution Gelato’s Turtle Gelato Pie (yes, a pie that’s also gelato topped with caramel, chocolate, and pecans) to Dandies’ new jumbo marshmallows, new vegan sweets did not disappoint.