There’s something that just doesn’t sit right about “nutritional yeast.” Vegans have attempted to reclaim the words by giving it a nickname—nooch—but somehow that sounds off-center as well. At VegNews, we call it magic dust (so do three-year-olds, but sometimes kids know what they’re talking about). If you’re new to nooch, don’t be put off by the name. Its powers and uses are infinite—turn boring veggies into cheesy snacks, make a velvety cheese sauce for pasta, and give cheesecake its signature savory note with a can of nooch in hand. Here are 17 ways to use nutritional yeast—the most wonderful food with the worst-sounding name.

What is nutritional yeast? 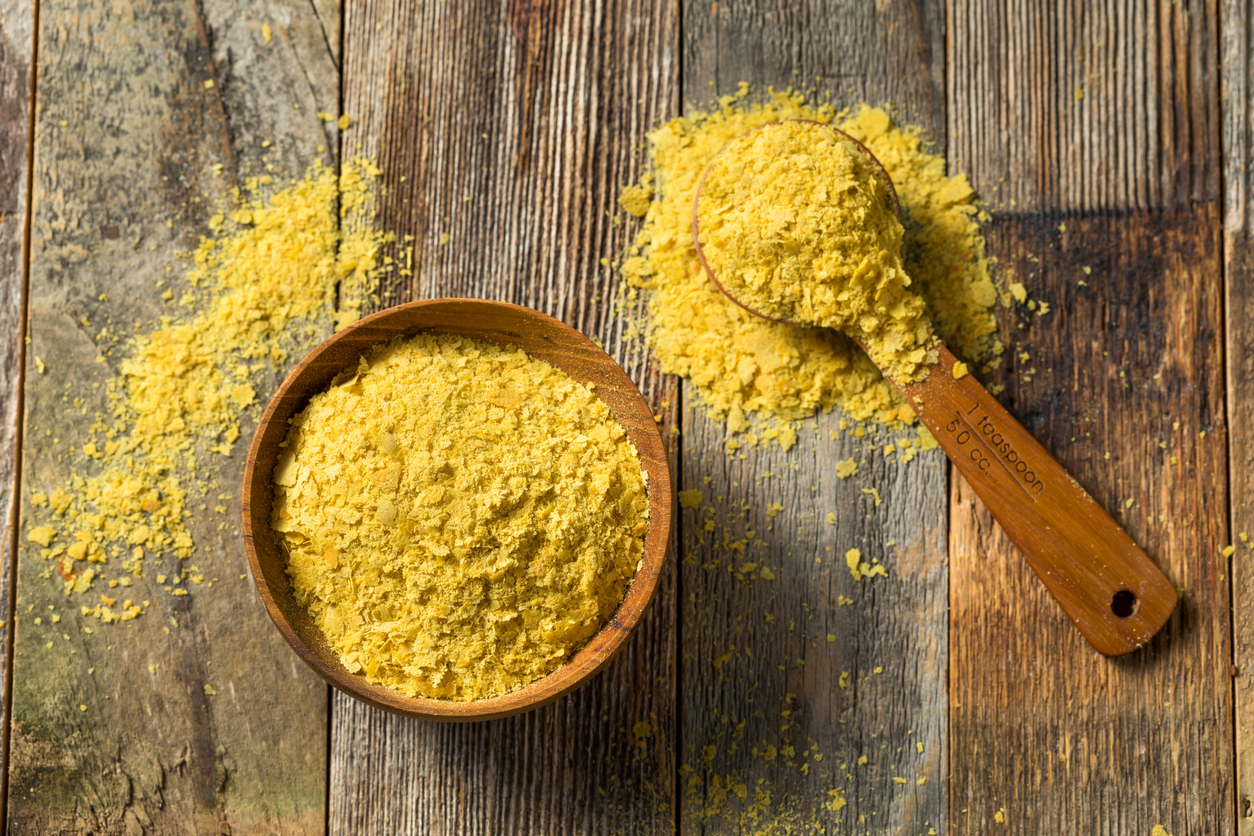 Nooch and traditional yeast are derived from the same source, however. Each starts with living saccharomyces cerevisiae yeast which is fed a carbohydrate in order to ferment in a vat. Nutritional yeast undergoes further processing. It is heated, pasteurized, and dried, effectively killing any active ingredient. It’s then pressed into flakes and packaged, ready for use. =

When searching for nutritional yeast at the store, look for a bag or jar containing yellow flakes. Excuse the analogy, but these flakes look very similar to fish food. Thankfully, the similarities stop there. Nooch has a mild, slightly parmesan-esque smell and a pleasing, umami taste. Please, don’t feed it to your fish.

What are the benefits of nutritional yeast?

Nooch may not be an exotic berry sourced from the Amazon, but its nutritional profile undeniably qualifies it as a superfood. It’s one of the very few vegan sources of vitamin B12, though technically, it’s fortified and does not naturally contain this nutrient. Nutritional yeast is also considered a complete protein, just like animal-based protein.

A single two-tablespoon serving contains 30 calories, a negligible quarter gram of fat, 2.5 grams of fiber, four grams of protein, and over 100 percent of the daily recommended thiamin, riboflavin, niacin, folate, and vitamins B 6 and B12.

Nooch is a nutritional powerhouse—Bob’s Red Mill even describes it as a “vegetarian dietary supplement”—though we just think of it as a delicious and affordable condiment. If you’re looking to get more protein in your diet without increasing fat or calories, adding a few tablespoons of nooch to your meals is an effective way to do so.

Nutritional yeast has a cheesy, slightly nutty, and overall savory umami taste. It’s not overpowering like some umami flavor bombs; think of it like parmesan. The flavor is very distinct and you know it’s there, but you don’t necessarily have to go light with it as you would with let’s say, truffle oil or vegan fish sauce. Nutritional yeast is a powerful complementary ingredient that plays well in a number of applications. It can impart a cheesy but not overwhelmingly cheddar flavor to tofu ricotta, or it can add subtle depth and complexity to a vegan cheesecake. When used in a multi-component recipe, nooch adds that je ne sais quoi element that keeps your taste buds engaged and thoroughly delighted.

16 vegan ways to use nutritional yeast 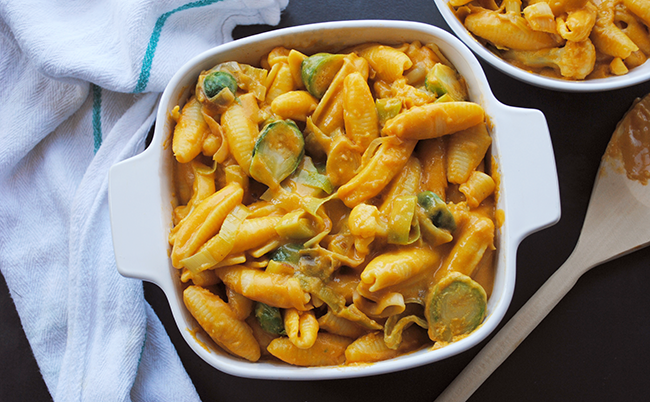 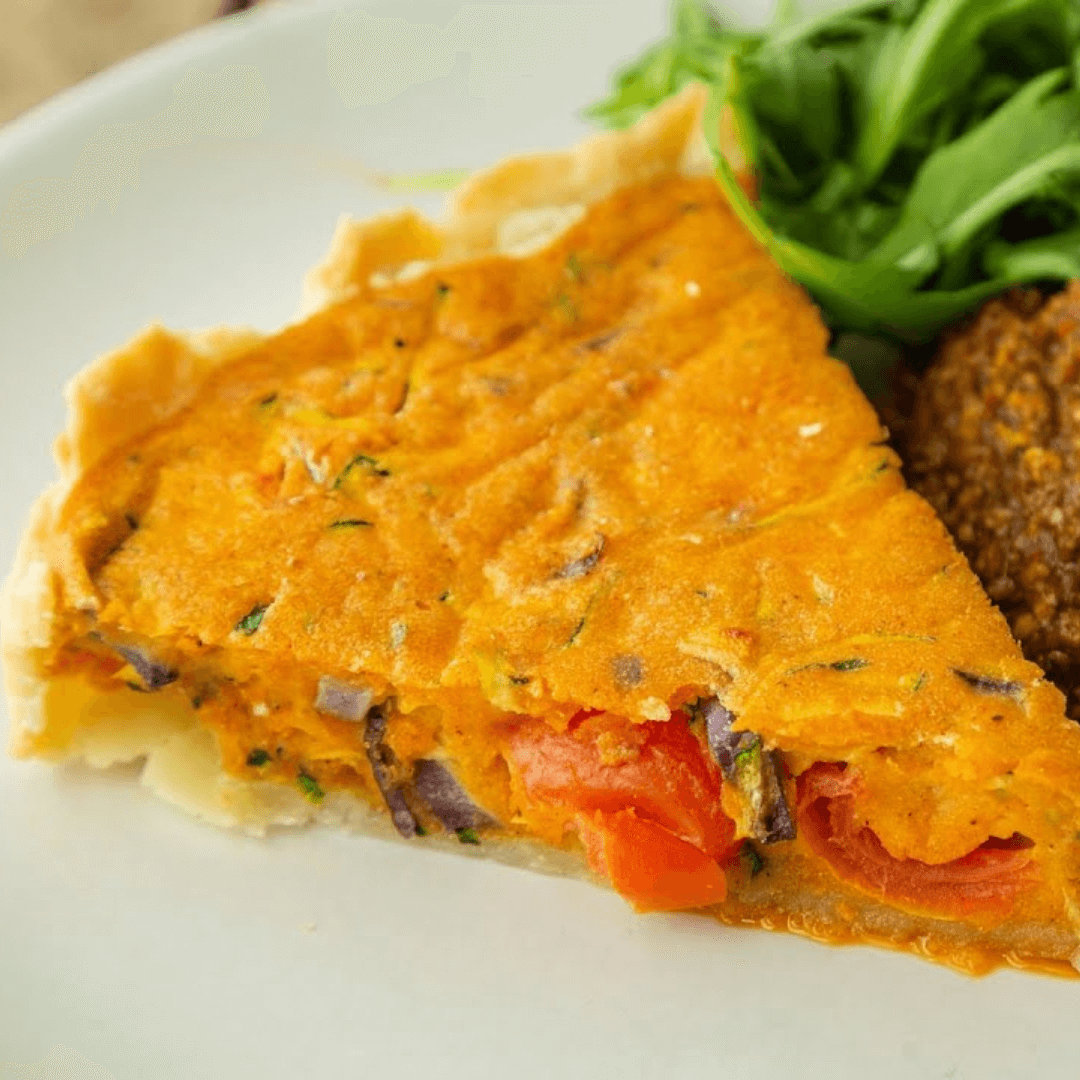 What is a frittata if not an open-faced omelet? No matter what you call it, it needs some nooch. Typically made with tofu or chickpea flour, nutritional yeast adds a more prominent yellow color as well as an umami flavor to this vegan egg batter. Once cooked to a perfectly fluffy consistency with just the right amount of browned edges, top your omelet with more nooch.
Try it in a recipe: Ultimate Vegan Omelet by The Happy Pear 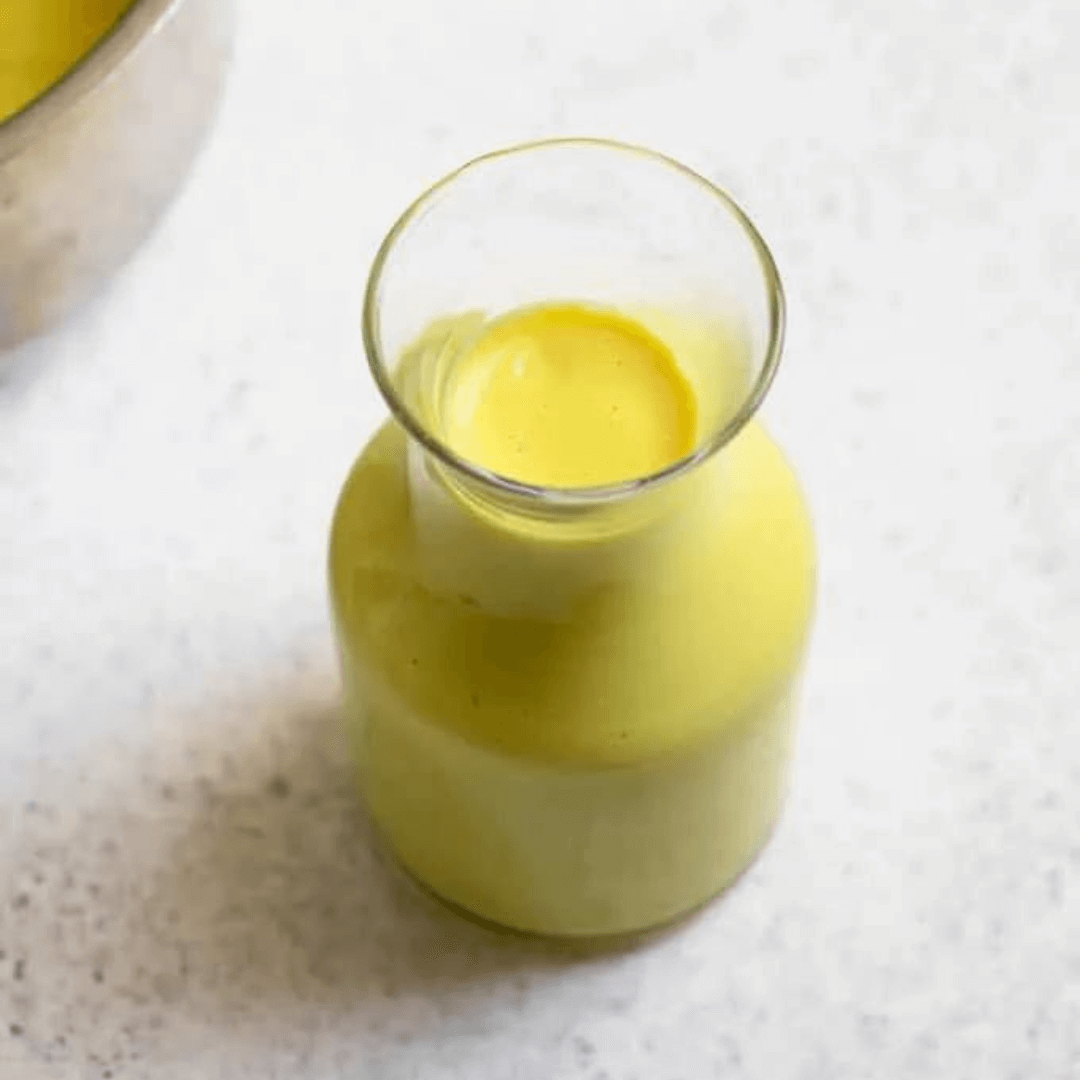 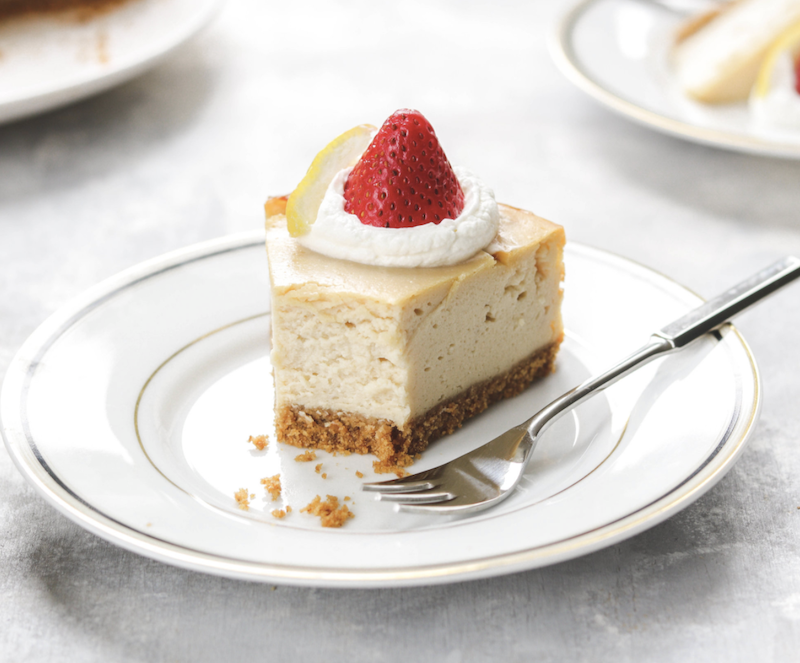 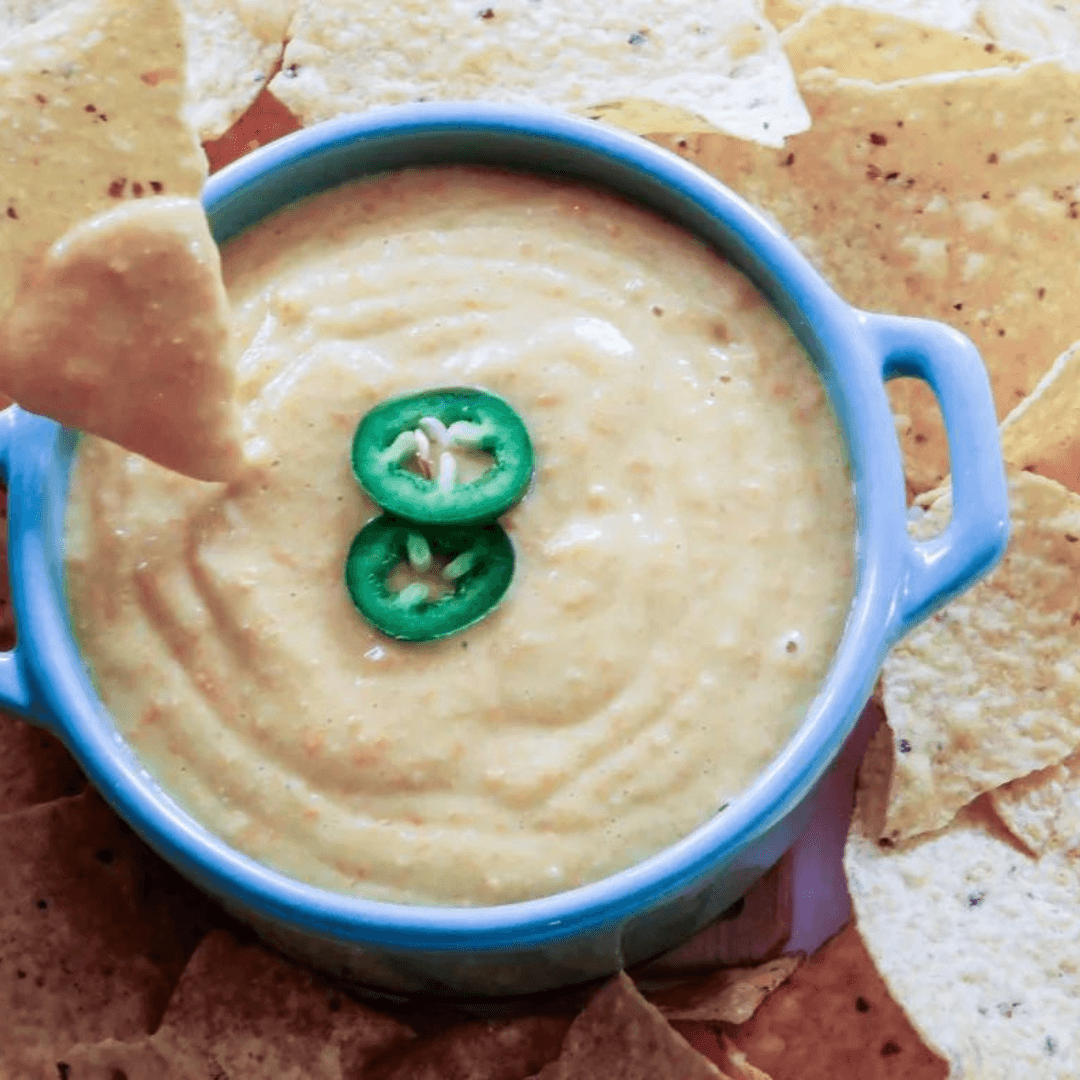 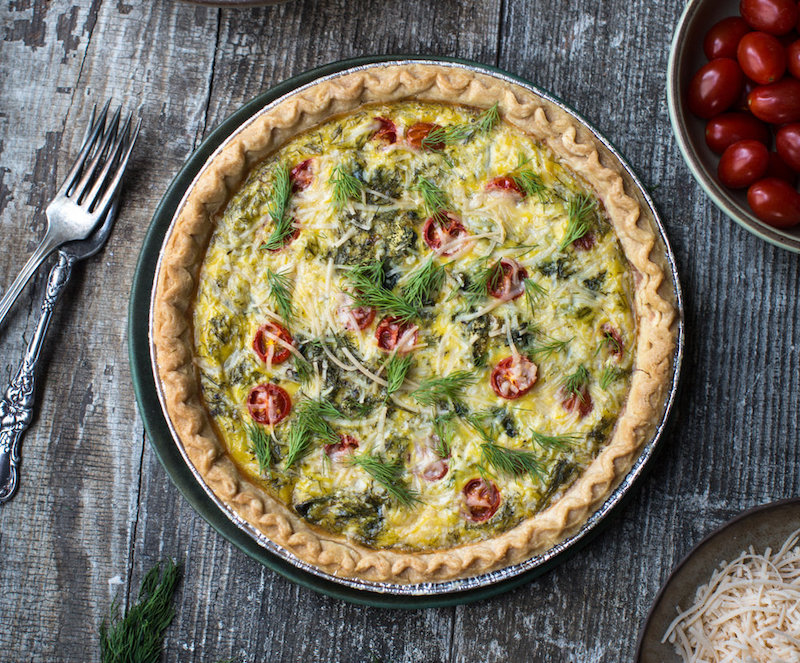 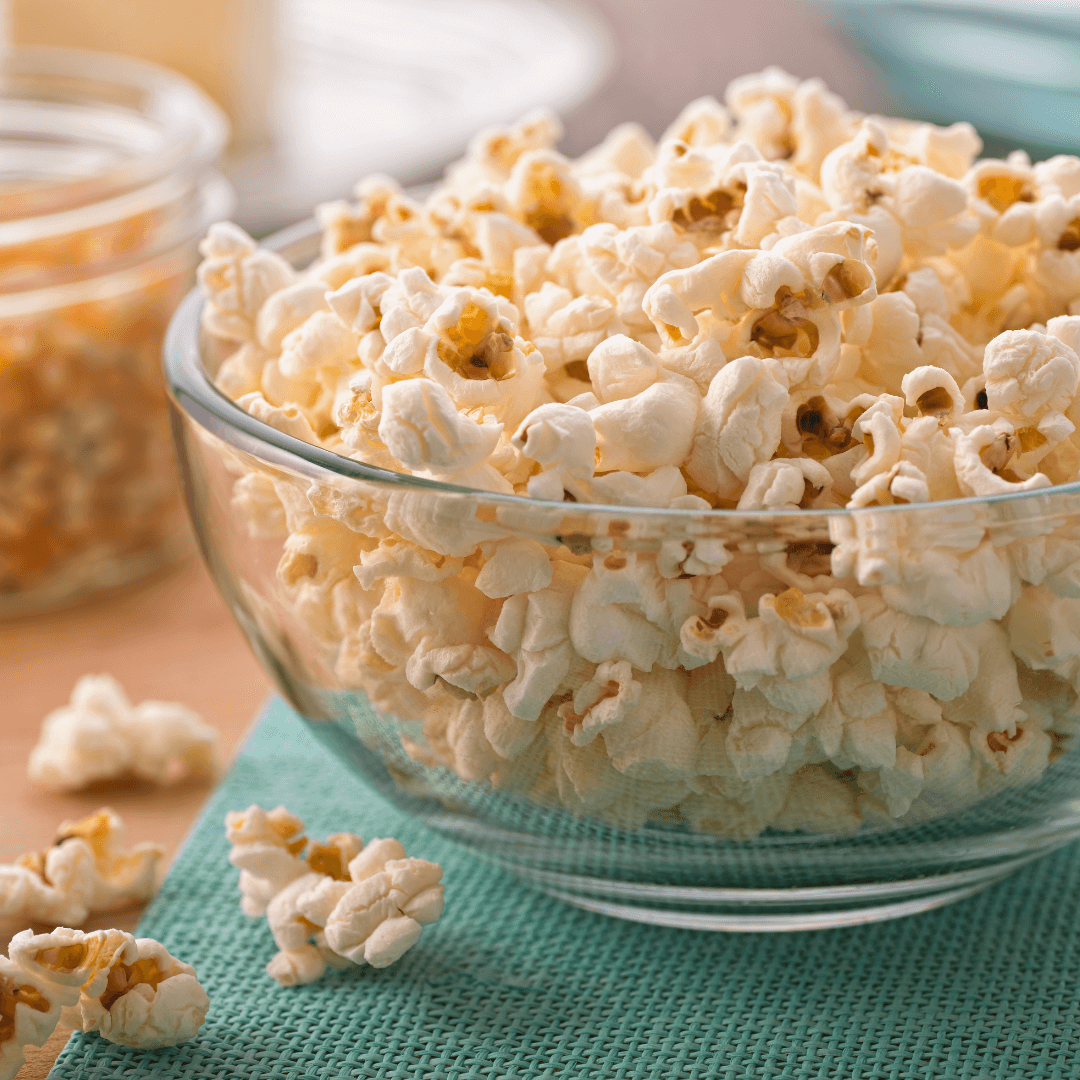 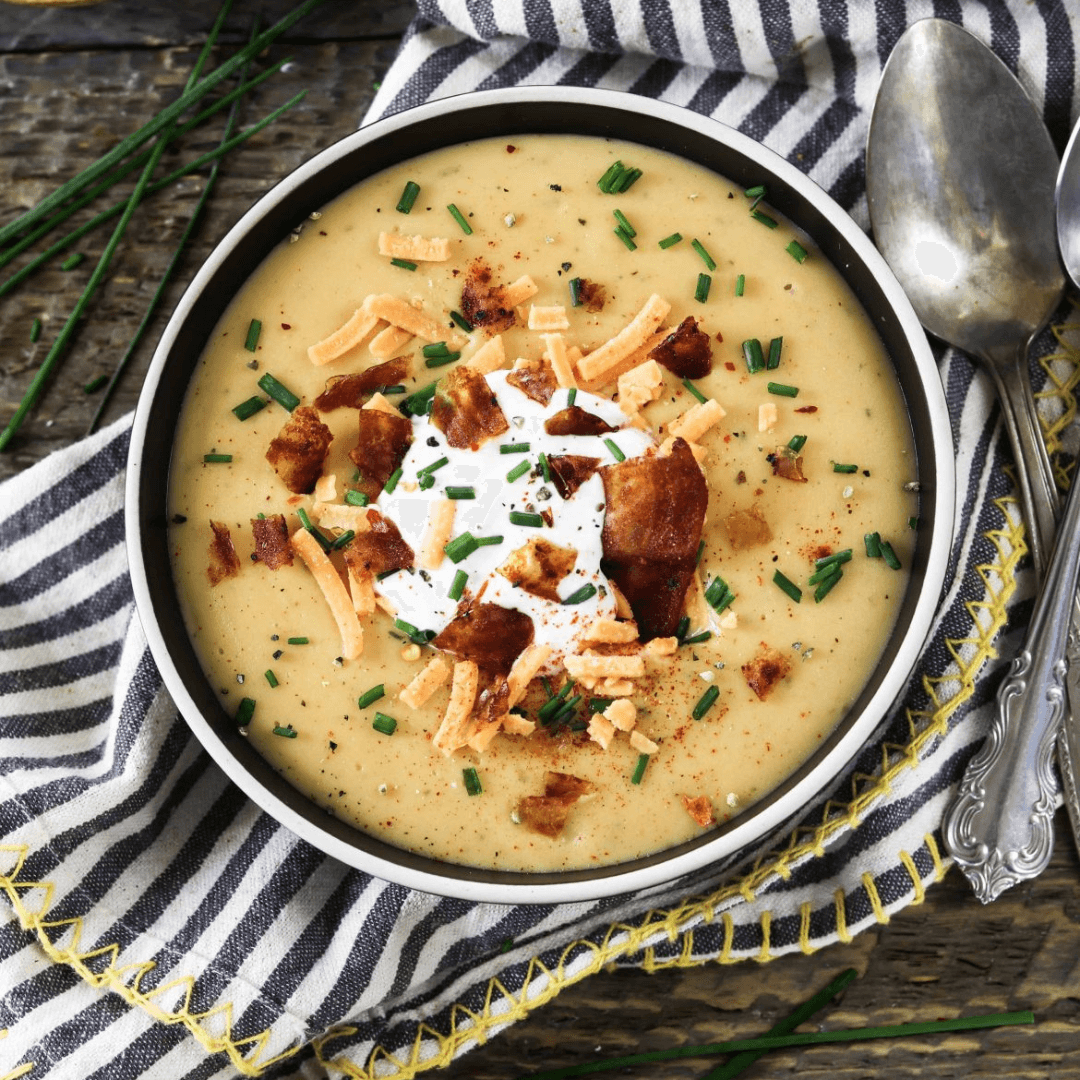 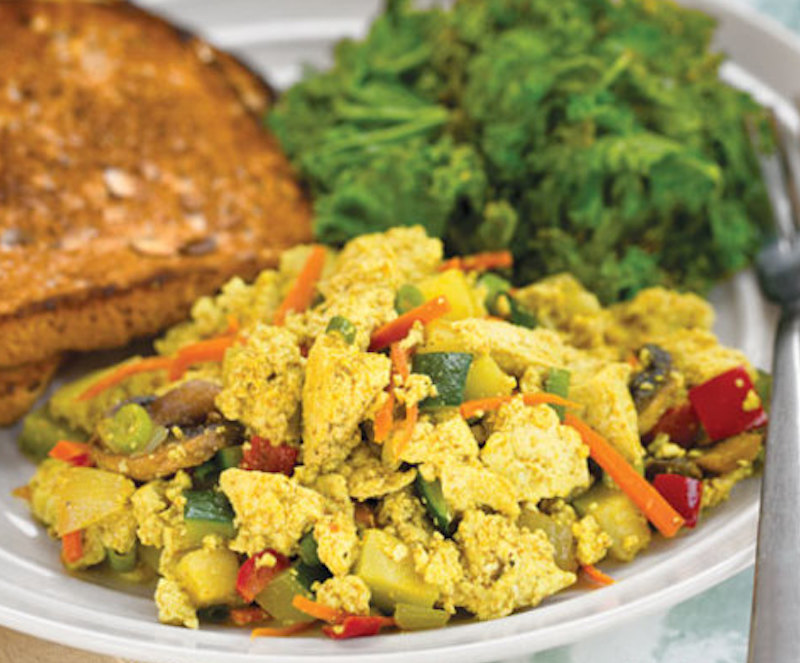 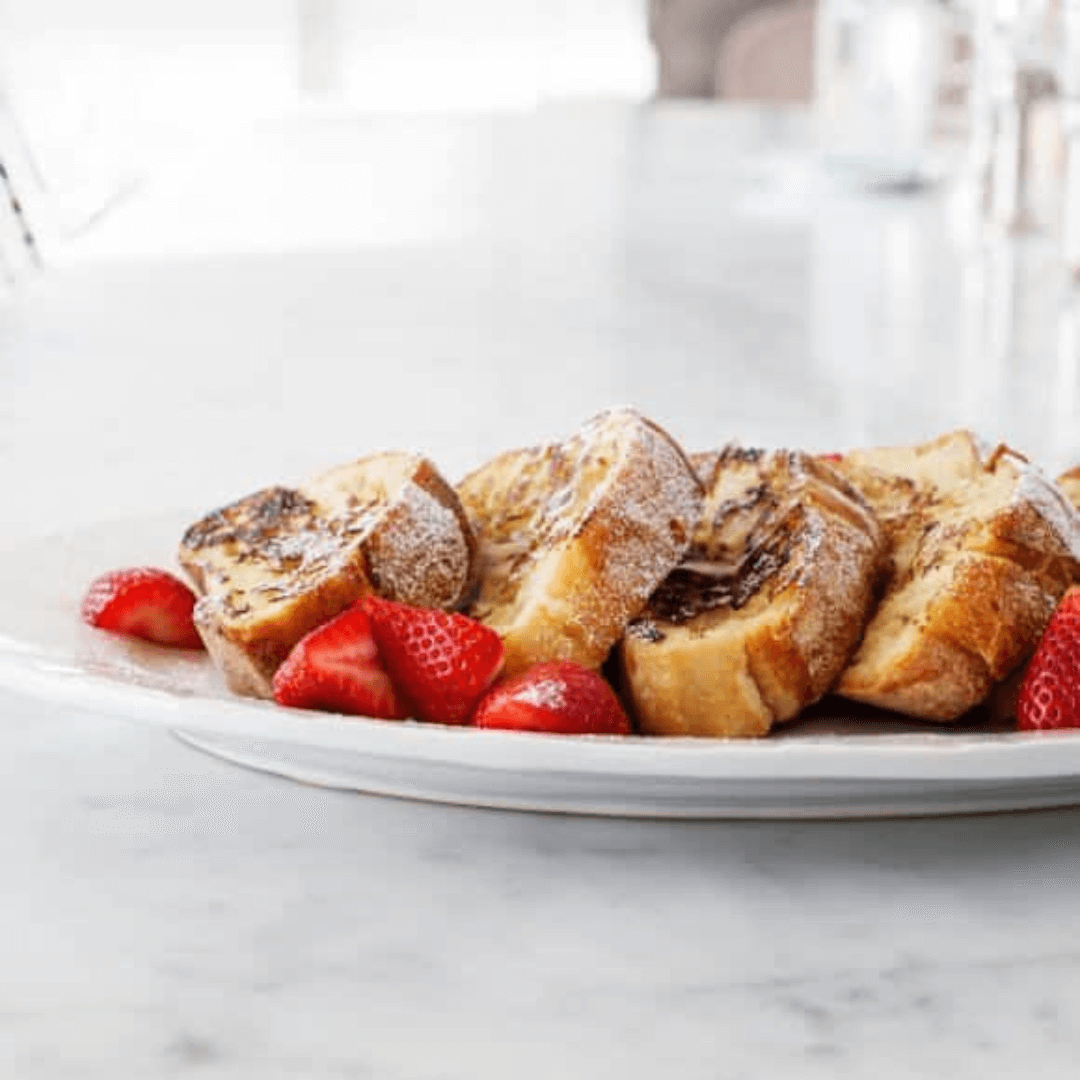 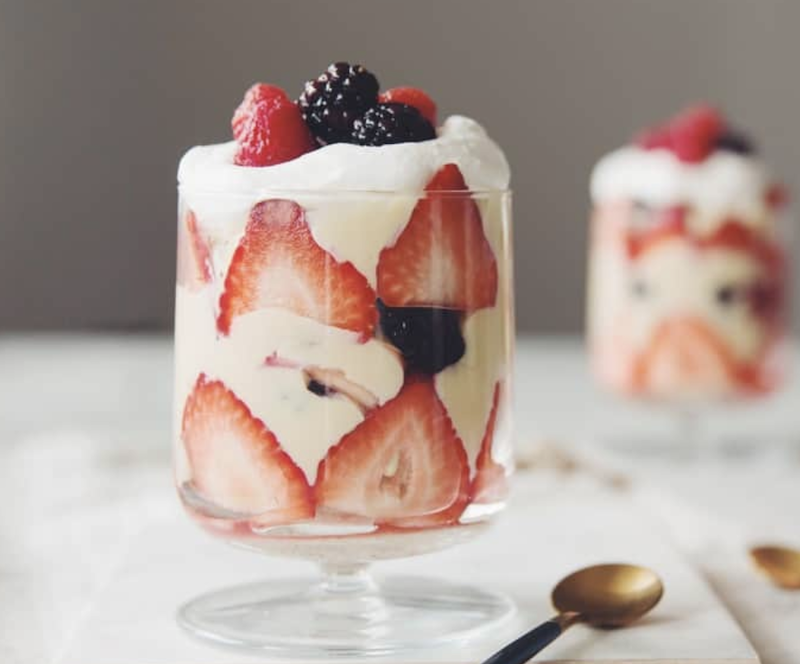 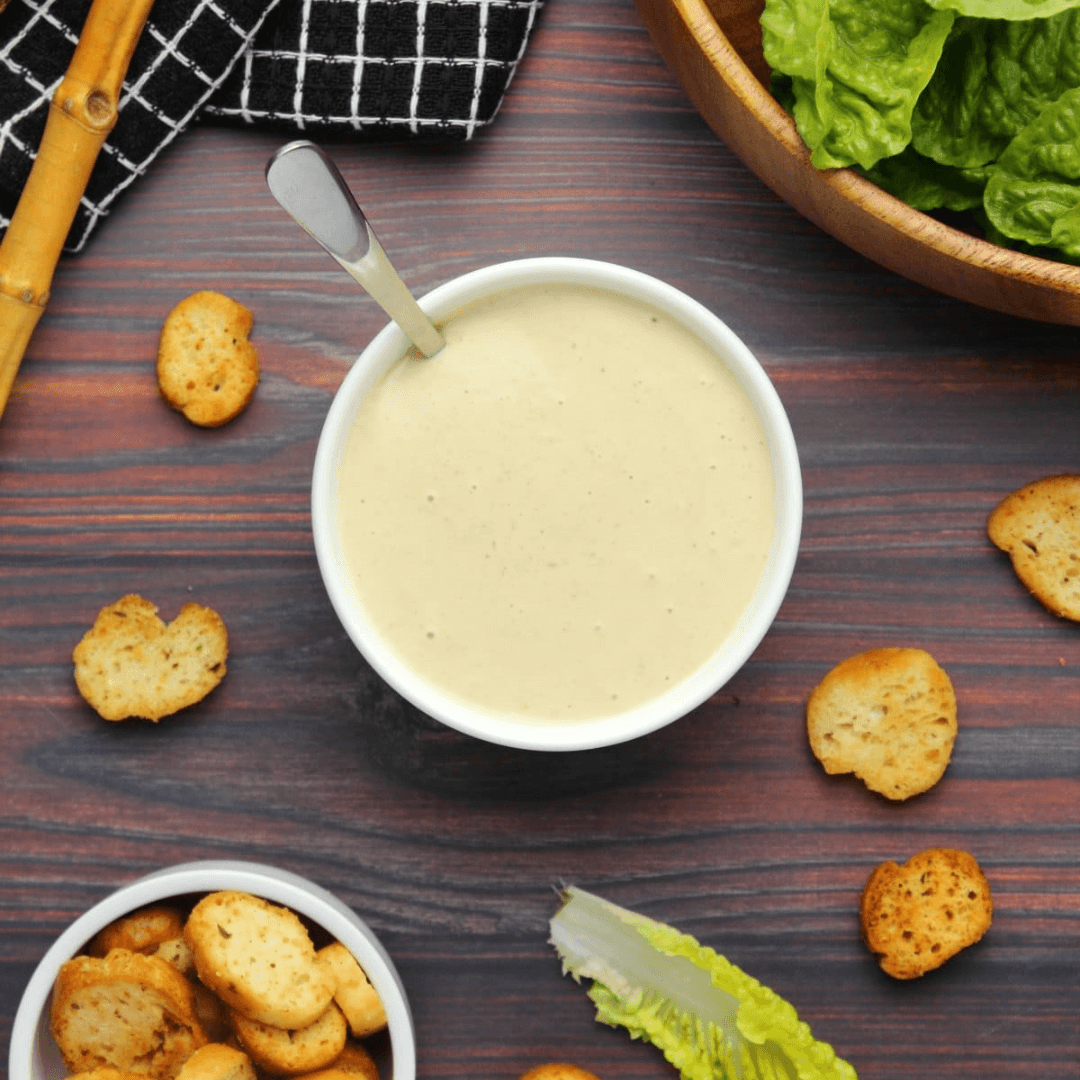 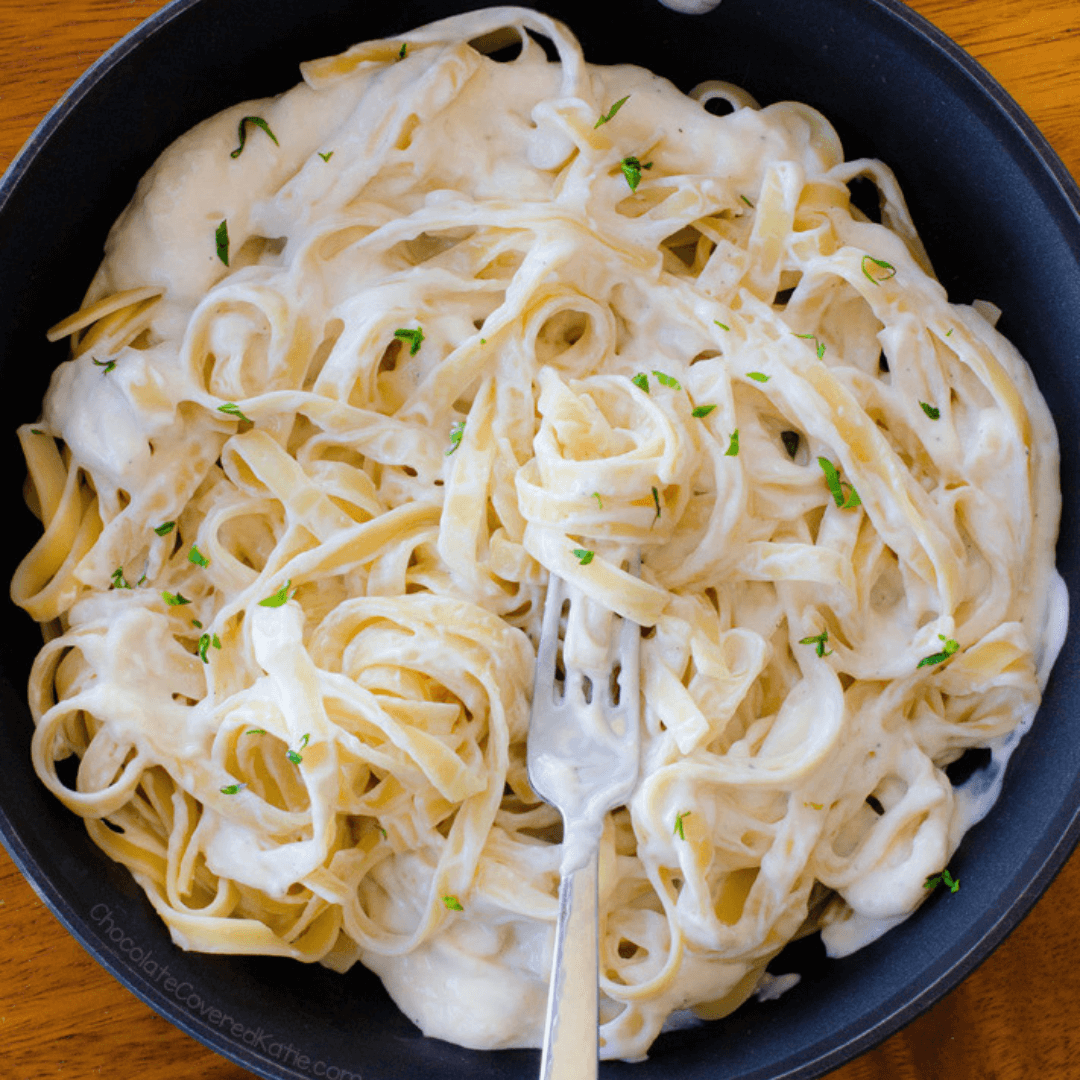 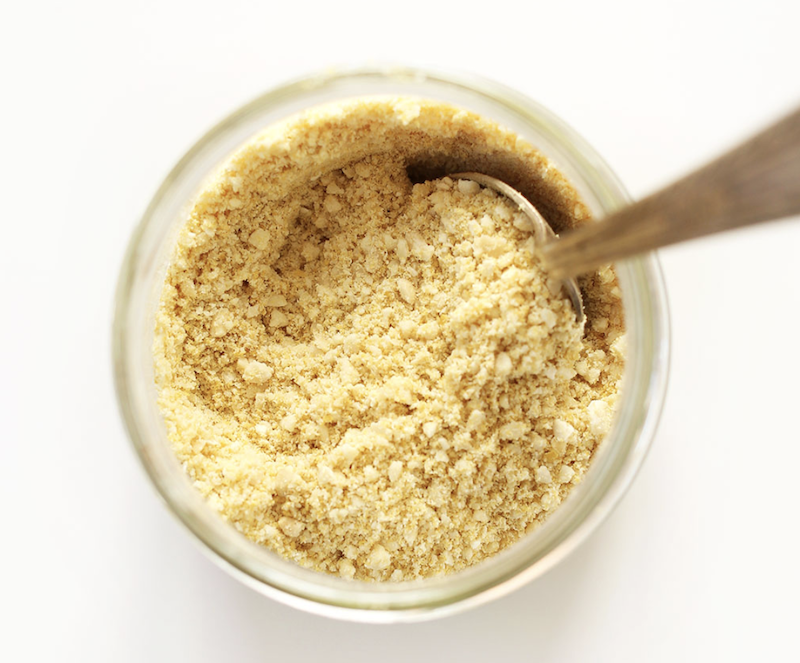 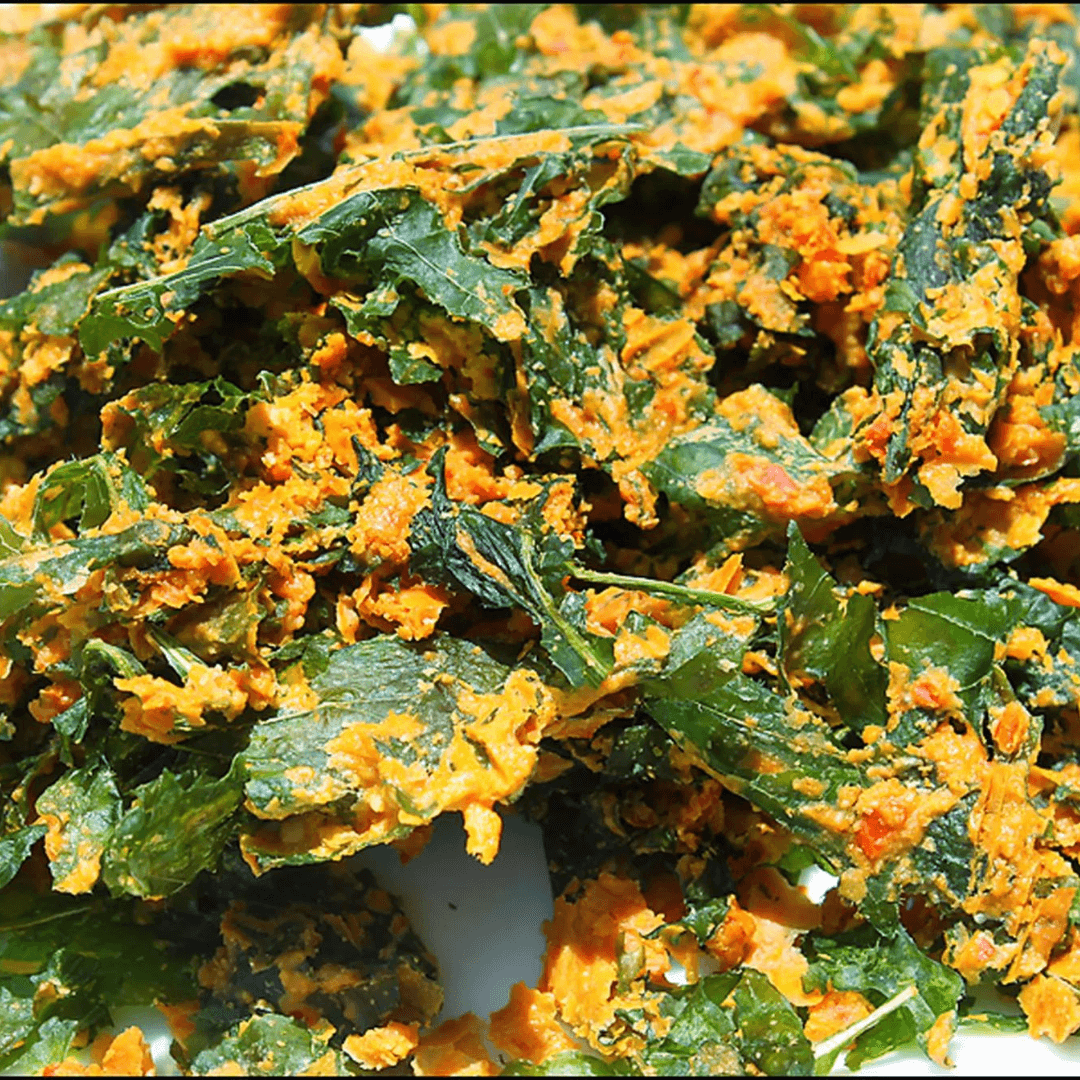 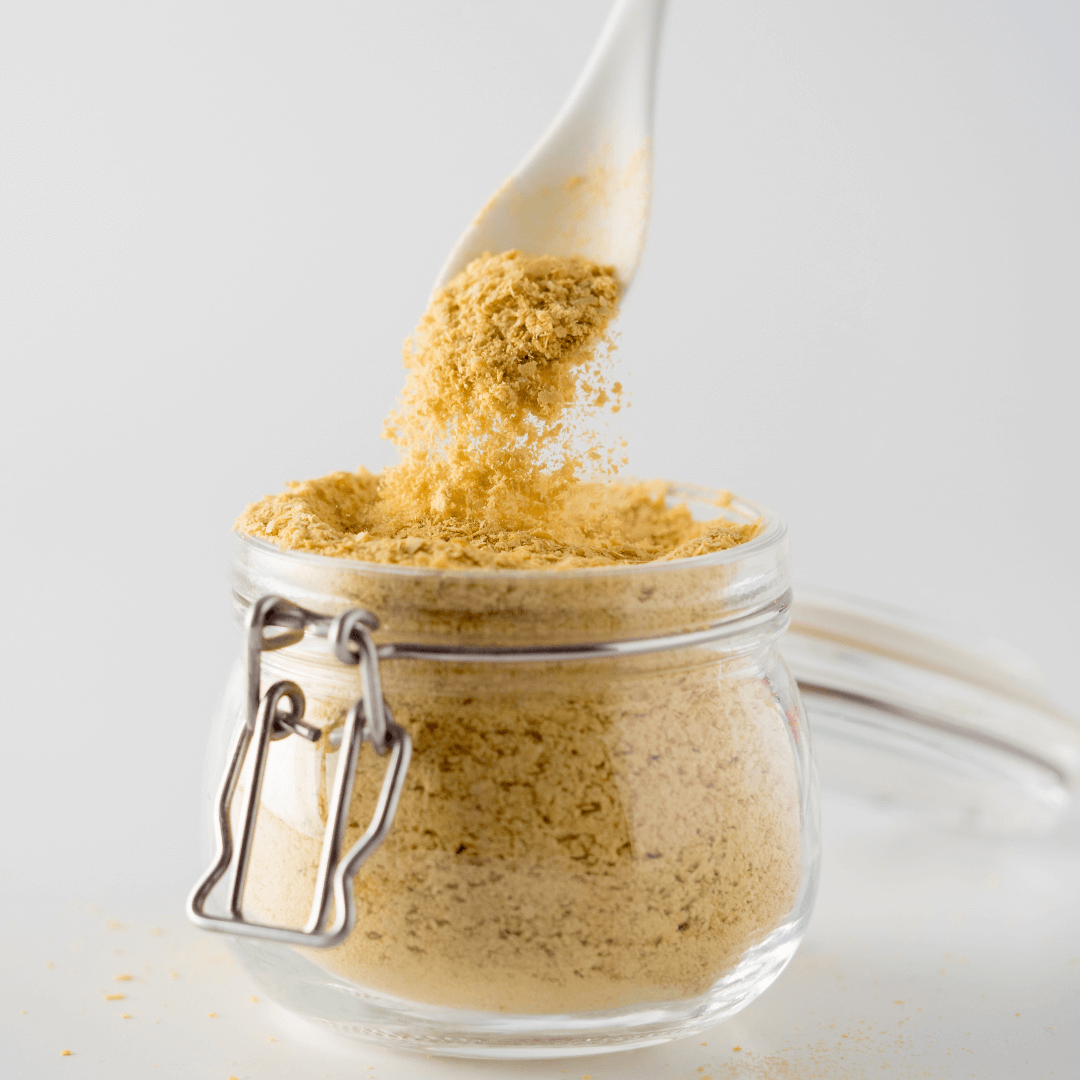 No recipe is required for this one. While we draw the line at spooning it straight from the container, we liberally sprinkle nutritional yeast on just about everything. Some may argue it’s better than salt. A few of our favorite foods that always receive a dusting of nooch include steamed kale, salad, pizza, pasta, baked potatoes, steamed broccoli and cauliflower, tomato soup, and chili. That’s a very abbreviated list, but we’ll spare you the encyclopedia. Go forth, and nooch it up!

For more about vegan condiments, read: